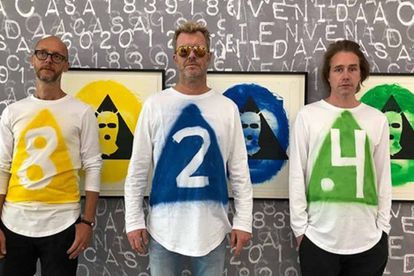 If you want to get along to one of their shows here in Mzansi, you’ll have to act fast: a-ha tickets are expected to sell like hot-cakes this week. It’s the first time in 25 years that the Norweigan pop-rockers will be performing in South Africa, and the buzz is already in the air.

To celebrate the 35-year anniversary of their biggest single, Take On Me (oh my goodness, we’ve just remembered what a banger that is…), the group will play two dates across the country, to salute their South African fans for their unwavering support.

What to expect from the performance

Their Hunting High and Low tour – named after their smash debut album – will revisit their first ever LP and play all the classics in full, as well as some of a-ha’s more modern hits. It promises to be the complete experience for all fans of the band and guitarist Pål Waaktaar-Savoy has stated that there will be a few twists in store for concert-goers:

“There’s not one song on that album that we’re not looking forward to playing live. We had done quite a few versions of the songs before recording the actual album and they all contain great bits and cool ideas which will be nice to incorporate into the new show.”

Tickets for a-ha in South Africa – dates, venues and prices:

What dates will a-ha perform in South Africa?

If you’re stuck for a Valentine’s Day idea, you could do much worse than snapping up tickets for these dates. They are due to perform on 14 and 15 February 2020 – save the date.

Where will a-ha play live in South Africa?

How can I buy tickets?

These two concerts are being brought to us by Breakout Events. You will have to book your tickets – which officially went on sale at 10:00 on Wednesday – via their website:

(The following prices apply for both dates)