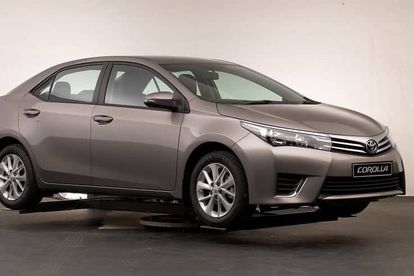 Make sure you’re clued up with these essential facts about the people’s car, as 2017 marks the 50th anniversary of the Toyota Corolla. Once you’ve committed these to memory, you’ll never fail to impress your friends on the road. We guarantee it.

Did you know that over 45 million Toyota Corollas have been sold around the globe since production kicked off 50 years ago? That’s easily one for everyone living in South Africa today, so let’s party… Corollas for everyone!

Back in reality, more than a million of those have actually been sold in South Africa – which must be why you see so many of them about, even if it isn’t quite one each. Anyway, that’s not all…

Not only are the Corollas sold here, they’re made here! The huge Toyota factory in Durban is one of the biggest in Kwa-Zulu Natal.

The production line has been rolling as surely as the Indian Ocean waves since the third generation of the Corolla in 1973 and it’s still going strong. Something to be proud of when you’re on your next South African adventure.

So we know the Corolla is a reliable, flexible car for the whole family – but it’s not been afraid to let its hair down over the years either.

All the way back in 1983 the AE86 edition won its category at the legendary Spa 24 Hours endurance race in Belgium. There was even a rally version of the Corolla that competed for three years (1997-1999) in the World Rally Championship.

Sadly there wasn’t a South African round of the global event, but they did race on the continent each year at the Safari Rally in Kenya.

Colours for the Rainbow Nation

You name it for the colour scheme of your new breed of Corolla. From glacier white through to chestnut brown, with seaside pearl and avant-garde bronze among those in between. What’s that, you’re a satin silver kind of a guy? Well they’ll cater for that, too.

You’ve heard of The Big Five, right? Well the Corolla is just one of a quintet of models manufactured by Toyota on home soil. The Hilux, Fortuner, Corolla Quest and Quantum all roll off the line in South Africa to be sold domestically and exported around the world in a big, long-term boost to the local economy.

Toyota even employs over 8,000 people here, which isn’t too shabby either.

It’s got legs… have you?

You get an amazing 40 miles (or 64 kilometres, if you’re feeling kinda metric) of driving per gallon of fuel, which you’ve got to love when it saves the planet and saves you Rand.

That’s it for the car’s legs, but what about yours? Well, if you’re scraping the ceiling like rugby star Eben Etzebeth, you needn’t worry – there’s plenty of legroom to go with your classy leather interior.

Wherever you are in the country, you can find your new Corolla with ease. Toyota boasts nearly 200 dealerships across South Africa.

From Kimberley to Klerksdorp, Stellenbosch to Swaziland and Polokwane to Port Elizabeth – the makers of the people’s car are proudly placed all over the map.