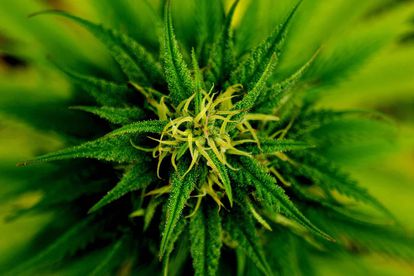 The number 420 has come to be associated with the consumption of marijuana but many have no idea when the association was first established.

The sequence is recognized as the stoner number so much so that 20 April has become World Cannabis Day. In US Date expression 4/20 is the 20th day of April.

Myths and legends have sprung up around the number such as the suggestion that 420 was a police code for ”Marijuana smoking in progress.”

There is no credible evidence to support that assertion.

Others point out that 20 April is the birthdate of Adolf Hitler but that has sweet blue bugger all to do with marijuana. The Fuhrer was not fond of the devil’s lettuce, he was probably blitzed on a mixture of cocaine and opiates from 1943, if author Norman Ohler is to be believed. Enough of genocidal maniacs though, lets get back to 420.

The legend of 420 persists largely because the myths are more attractive than the most credible explanation for the number’s rise to prominence among marijuana smokers.

The true origin of 420 has almost certainly been revealed. The first people to use the number in reference to smoking weed were a group of teenagers from Marin County California, who called themselves the Waldo’s. The group have been attributed as the originators of 420 by High Times magazine and Time.

According to a 2018 Time magazine piece: ” In 1971, five students at San Rafael High School would meet at 4:20 p.m. by the campus’ statue of chemist Louis Pasteur to partake. They chose that specific time because extracurricular activities had usually ended by then. This group — Steve Capper, Dave Reddix, Jeffrey Noel, Larry Schwartz, and Mark Gravich — became known as the “Waldos” because they met at a wall. They would say “420” to each other as code for marijuana. “

Credible and well documented as this may be, it doesn’t explain how potheads the world over came to use the term.

The proliferation of the term happened through a chance meeting between Waldo’s member Dave Reddix and members of US rock band the Grateful Dead.

Reddix became a roadie for some of the groups members including bassist Phil Lesh and his use of the term 420 to refer to weed spread to the Deadheads.

For the Waldos 420 came to be associated both with the smoking of marijuana and of great times had with friends, and it has stuck like glue to them and to stoner culture as a whole.

In 1990 a group of fans of the Grateful Dead handed out flyers that invited people to smoke “420” on April 20 at 4:20 p.m one of which found its way to High Times Magazine reporter Steve Bloom.

“They wanted people all over the world to get together on one day each year and collectively smoke pot at the same time,” Bloom wrote on his celebstoner blog in 2015. “They birthed the idea of a stoner holiday, which April 20 has become.”

High Times printed the flyer in 1991 and liberally referenced “420” in the years that followed. The magazine traced the origins story of 420 in a 1998 investigative report.