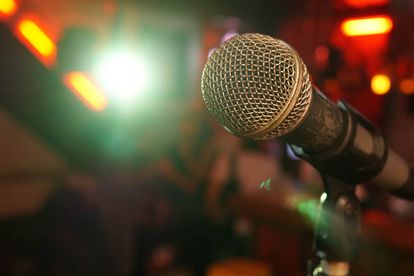 It’s time to get out your tissues to wipe away tears of laughter with the eighth annual Ekurhuleni Comedy Festival taking place at Carnival City’s Mardi Gras Theatre on Friday, 20 November.

Because vernacular jokes just cannot be translated into English, the genre has been a growing a proudly South Africa brand, leading mainstream comedy for years. Now, in 2020, South African comedy fanatics have more reason to laugh with this fresh line-up of comedians, featuring the following funny men and women:

The line-up includes Tshepo Sethosa and Hilda Sista H, who co-own Siblings Comedy and who hails from Ekurhuleni, look forward to bringing their laughs to home audiences at Carnival City.

Sethosa started his comedy career at the tender age of 19, sharing jawbreakers relating to his upbringing and how he became a grandfather at 22. His tongue-in-cheek delivery has audiences in stitches.

YouTube comedy sensation, Hilda Sista H’s comedy career started when she entered the second season of the So You Think You are Funny competition and made it into the top 20. She is also known for her role on the eTV drama series, Isipho: The Gift.

Smowkey Nyembe, real name is Mbongiseni Nyembe, comes from Soweto where he started his comedy career in 2010 doing Premium Comedy Nyts at Ozone Pub. Having headlined Zulu and Xhosa comedy shows, he is a must-see with his raw kasi style snobbish comedy.

Tumi Stopnonsons, known as Jumaima, was born in Diepkloof and from sleeping on the streets has become one of South Africa’s top comedians with a long list of stage achievements. He has dubbed his style of comedy as ‘new trend’ and gives a refreshing take on humour.

Last but not least, Bra Thabiso, completes the line-up as a talented comedian who has shared the stage with the likes of Trevor Gumbi and Roni Modimola.