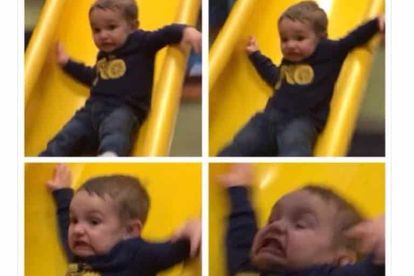 Okay, let’s face it: Being an adult is damn hard.

At least you’re not alone, we’re all just trying to keep it together:

Being in your 20s is like playing a video game where you skip the tutorial & you just sort of run around with no idea how anything works….

Age 15: someday I'm going to own a Ferrari
Age 20: maybe I'll get a BMW someday
Age 25: I hope someone in a Mercedes hits me in a crosswalk

Not sure if I should be using anti-acne or anti-aging products. #adulting #twentysomethingprobs

. this image describes how I feel about sliding into adulthood pic.twitter.com/nTC2TGaDzc

The older I get, the earlier it gets late.

[picks up crying baby]
it's ok buddy, when you grow up you'll learn how to do this on the inside

KID: *falls out of tree* I'm fine
ADULT: *sleeps on neck a little strangely* I have to turn my whole body to look at you for the next week

So it turns out being an adult is mostly just googling how to do stuff.

being an adult is exactly like a birthday party, except when the piñata breaks open it's full of bills & death