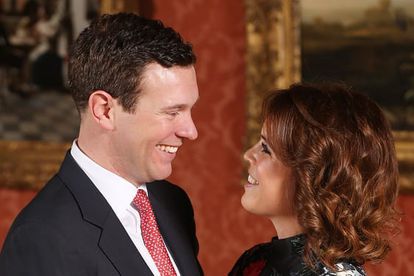 Earlier this year, the Queen’s granddaughter, Princess Eugenie revealed she is getting married to her long-term boyfriend, Jack Brooksbank. Now the time for this year’s second royal wedding is only about two weeks away.

Royal Central recently rounded up everything we know about the royal’s wedding so far:

Princess Eugenie is set to marry Jack Brooksbank at St. George’s Chapel in the precincts of Windsor on 12 October 2018. Earlier this year, Prince Harry and Meghan Markle became the sixteenth couple to wed at Windsor.

Also read: Looking back at royal couples who chose to wed at Windsor Castle

2. The Princess is joining an exclusive royal club

It is quite rare for a royal couple to get married in October. According to Royal Central, the last time the House of Windsor gathered for a major marriage in October was back in 1993 when the Queen’s nephew, now Earl Snowdon, wed Serena Stanhope in London. Other recent royal October brides include Luxembourg’s Princess Stephanie who wed Hereditary Grand Duke Guillaume in civil and religious ceremonies in 2012 and Spain’s Infanta Cristina, sister of King Felipe VI, who married Inaki Urdangarin in October 1997.

Princess Eugenie’s sister, Princess Beatrice, will be her Maid of Honour. There is also a lot of speculation that Prince George and Princess Charlotte will be pageboy and bridesmaid while other names to follow the princess down the aisle include Maud, eldest daughter of Lord Frederick Windsor and his wife, Sophie.

The couple is set to follow in the footsteps of the Duke and Duchess of Sussex with a string of celebrities in attendance. George and Amal Clooney are thought to be on the list as Brooksbank is a brand ambassador for the actor’s tequila company. Model Cara Delevigne and singer, Ellie Goulding, are both friends of Eugenie and are rumored to be attending their nuptials.

5. The Queen and other royals

The Duke of Edinburgh is expected to join the Queen at St. George’s to see their third granddaughter get married even though Prince Philip hasn’t been seen in public much since August 2017.

The Duke of York is set to walk his daughter down the aisle while his former wife, Sarah, Duchess of York will be back in the heart of the Royal Family to see her younger child wed. Other royal family members are also set to attend.

the newlyweds will share their special day with 1,200 other invited guests. Tickets to be inside the castle grounds to see the couple and their guests as they arrive and depart were distributed after a ballot while Eugenie and Jack, like Harry and Meghan, are also inviting those associated with charities close to their hearts to be in the Windsor grounds on their wedding day.

The newlyweds are set to enjoy a carriage procession through Windsor immediately after their ceremony. Eugenie and Jack’s tour of the town will be more limited than the one carried out by the Duke and Duchess of Sussex back in May with their carriage heading out into Windsor at Castle Hill before travelling along Windsor High Street and then returning to the royal residence via Cambridge Gate.

Eugenie told The One Show, just after her engagement, that there would be ‘no meringue shoulders’ while Vogue was told just weeks ago that the designer is definitely ‘British based’, but of course all the details surrounding the dress will only be made available on her actual wedding day.

The Queen is set to host the reception immediately after the marriage of the couple when their guests will celebrate with them at Windsor. There will also be an evening party, hosted by the bride’s parents. The later party is believed to be set for the Royal Lodge at Windsor which has been Prince Andrew’s official country home since 2004.

Fans are speculating that the princess will share some photos of her nuptials on Instagram as she is the only royal with an Instagram account (she is ninth in line to the throne which makes it quite unusual).

11. Princess Eugenie revealed she is having a plastic-free royal wedding

She told Vogue earlier this year:

“My whole house is anti-plastic now – and Jack and I want our wedding to be like that as well,” she said.