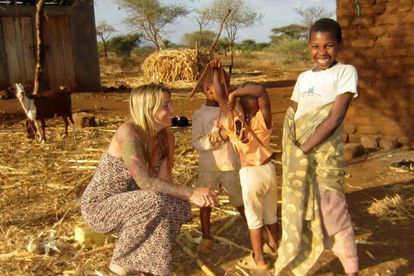 For most of us 2016 will go down as a pretty shitty year, but it’s not to say things won’t improve. What you don’t know is that there are quite a few people ready to restore our faith in humanity every day.

Bored Panda compiled a list featuring people who are worth looking up to. Check it out:

2. This guy saved thousands of dogs from being eaten during the Yulin Dog Meat festival in China and other places.

3. “Thousands of children are being accused of being witches and we’ve both seen torture of children, dead children and frightened children.” These are the words of Danish aid worker Anja Ringgren Loven, who rescued this abandoned, starving two-year-old Nigerian boy.

4. Some pets choose you! This flight attendant adopted this stray dog who waited for her outside of her hotel.

5. This sick tiger cub was rescued from a circus and (thankfully) fully recovered.

6. This guy turned an old truck into a mobile shower for homeless people.

7. This 12-year-old boy learned to sew in order to make stuffed animals for sick children.

9. This kid grew out his hair for two years and then donated it to make wigs for children with cancer.

10. Albanian police surprised hospitalized children while they were dressed as superheroes. How cool!