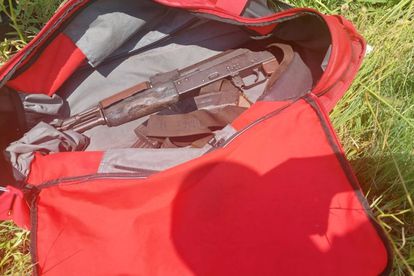 The police in Gauteng had a busy Wednesday, 12 January – arresting three suspects and recovering a hijacked vehicle, unlicensed firearms, ammunition and a jamming device in separate incidents.

South African Police Service (SAPS) spokesperson Colonel Dimakatso Sello said officers from the Dawn Park station were patrolling when they spotted a suspicious vehicle, which sped off when it was approached.

The suspect was driving along the R103 highway along Dawn Park when a red bag was thrown out of the vehicle’s window.

“It was discovered to be an AK-47 assault rifle,” said Sello. “The suspect managed to evade arrest.”

“Anyone that has information that can assist with the investigation is urged to contact their nearest police station, Crime Stop on 08600-10111 or alternatively leave an anonymous tip-off on the MySAPS App,” said the police spokesperson.

Elsewhere, on the same day, police arrested three suspects – aged between 34 and 44 – in Rosslyn after receiving a tip-off.

The suspects’ vehicle was intercepted and searched. An unlicensed firearm – with the serial number filed off- was recovered by the police along with ammunition and a jamming device.

“Further investigation revealed that the suspects’ vehicle is positively linked to a hijacking case and the vehicle was impounded,” said Sello.