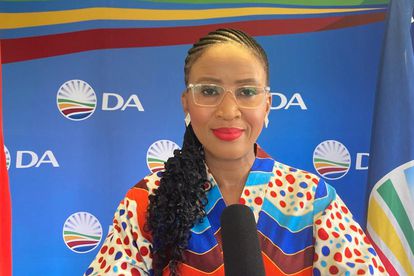 Reinstated City of Johannesburg (CoJ) Mayor Mpho Phalatse seems to be safe for now from yet another Motion of No Confidence.

In a statement released by DA Deputy Caucus Leader Johannesburg Bongani Nkomo, outlined the changes to the ‘plot’ to oust CoJ Mayor Phalatse.

“On 31 October 2022, The Speaker of Joburg, Councillor Colleen Makhubele, has attempted an illegal power grab of the City of Johannesburg, yet again,” said Nkomo.

“After rushing to convene a programming meeting last week and calling for a motion of no confidence (MONC) of the Executive Mayor of Johannesburg, Clir Mpho Phalatse, on November 3, the Speaker has made a U-turn on the said motion,” he claimed.

“It appears the Speaker was in her rush to try and dislodge the Mayor and multi-party coalition and  did not follow the correct procedure.”

He added that the withdrawal is a clear indication that Makhubele has either finally came to her senses or started listening to sound legal counsel.

This comes shortly after the court declared Makhubele’s actions and decision to be invalid, illegal, and unconstitutional.

“These attempts at control of  the R70 billion coffers of the municipality are at the expense service delivery and stability for the 6 million residents of Johannesburg.

While the Speaker scrambles to push through this motion, the Mayor and her team will continue to work on what really matters, stability and service delivery in Johannesburg,” he said.

PLANS TO FIX JOHANNESBURG BY THE CURRENT MAYOR

CoJ Mayor on her plans to fix Johannesburg, she said:

“I believe most residents of this City know that there is still a long way to go to turn around Johannesburg and will likely take many years to fix. But if there is one thing I know to be true, it’s that the DA can get it done.

Over the coming days we will also be working to ensure that urgent matters, like the water and power crises, and that the safety and security of residents, are attended to”.