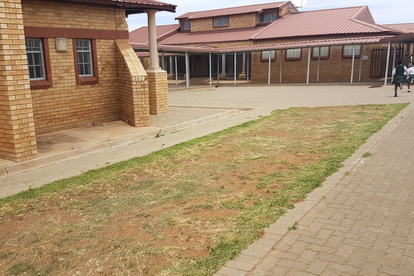 This failed school robbery sounds like a low-budget movie. Six suspects attacked security guards at a primary school in Bloemfontein on Monday – but ended up running away in shame.

According to the report from the South African Police Service (SAPS), the suspects launched their attack on Monday evening after staff had reopened for the new year.

The attackers arrived at the scene armed with pangas and wore hats while their faces were covered with masks. It was not clear what the suspects were actually after, but what they did was run away with keys.

“School guards at Lourierpark Primary School in Bloemfontein were attacked by six unknown suspects who fled with the school’s set of keys on Monday, 17 January 2022 at about 20:50. Two security guards were on duty when one of the guards went on a patrol through the premises,” said SAPS’ Lieutenant Colonel Thabo Covane.

“It is alleged that the one security official in the guard room heard an alarm going off and went to investigate. He was attacked by six unknown suspects carrying pangas, wearing hats and masks covering their faces.”

So what happened next in this silly action thriller? The Bloemfontein school robbery suspects got hold of a bunch of keys before heading to a specific area of the building. Mhhh, Sounds like inside information, doesn’t it?

Unfortunately for the attacking team, one security guard had something better than a panga: a gun.

A few warning shots was all that was needed to send the suspects running away in horror and embarrassment.

“The victim was handcuffed and assaulted. A set of school keys were forcibly taken from him. Three of the suspects went to the Administration block and broke a security door to gain access,” Covane added.

The other guard, who went on patrol, came back and fired warning shots towards the suspects and they all fled the scene.