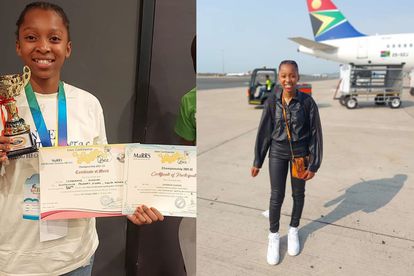 Mi7 National Group is undoubtedly chuffed with its choice to invest in a local Spelling Bee Whizz who flew out to represent her province abroad.

The trip was almost unsuccessful due to travelling costs; however, the Mi7 National Group came to her rescue.

“Our local spelling sensation Siphokazi Dlamini is finally off to Dubai to compete in the International Spelling Bee!
Mi7 National Group recently helped raise more than a quarter (R28,900) of the R80,000 needed to fund the trip and make her dream a reality.”

“The Grade 7 pupil from Scottsville Primary qualified to compete on an international stage after excellent performances in both regional and national South African spelling bees and is one of only two pupils who will represent KwaZulu-Natal on the South African team selected for the competition.”

Reporting on the Spelling Bee Whizz’s achievement, the company wrote:

“Our local spelling sensation Siphokazi Dlamini has claimed an amazing accolade at the Intercontinental Spelling Bee Championships! Siphokazi was awarded the ‘Rising Bee’ rank, meaning she shows great potential in the sport.”

Mi 7 National Group is synonymous with giving back to achievers in the community.

In August, the company rewarded its employee Teje Dijana with a whopping R100 000 bonus following his triumphing in the Comrades Marathon.

The R100 000 bonus cheque was split into a cash component and an investment into Dijana’s future training.
The bonus consisted of an R50 000 cash component immediately payable and an R50 000 fund at Dijana’s disposal for any future training he may require.
After taking three months of unpaid leave to prepare for the Ultimate Human Race, the company also afforded Dijana a full month’s paid leave for the much-needed rest and recovery that he required.

MORE ON THIS: Comrades winner Tete Dijana rewarded with R100 000 by employer