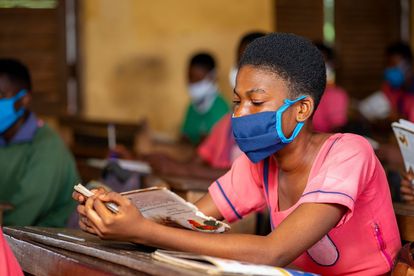 Around the world, educational research has found that students’ achievement and experiences largely depend on which school they attend and the resources available to support learning. Educational policies mostly determine the distribution of resources to schools and a student’s choice of school could be limited by these policies.

In Ghana, secondary schools are grouped into categories based on their performance in the West Africa Secondary School Certificate Examination. This is a school-leaving exam that grade 12 students take before progressing to tertiary institutions. Some schools are better resourced based on their history and the largesse of past students. They use networks to build infrastructure and provide key learning resources that the government does not provide.

The Ghana Education Service 2020 report revealed that in 76% of senior high schools captured in the report, fewer than half the students passed the school leaving exam. This helps explain why only 8% of schools are in category A.

Categorisation of students based on academic achievements has been documented as spurring inequities. It encourages stereotyping, discrimination, and marginalisation.

Against this background, we examined how secondary school categorisation in Ghana shapes students’ learning and schooling experiences.

Grouping schools into categories worsens inequities and we believe this system should end.

We found that students’ motivation to learn differed significantly based on the category of school they attended.

All the participants in the undervalued schools reported low motivation to learn. They were eager to change schools if they had the means to do so. A 2020 study found that affluent parents used their monetary influence to secure placement for their wards in better schools. Those in category C schools cited academic performance, the quality of teaching and learning, the resources available and negative community perceptions of their school as reasons for wanting to move.

Conversely, all the students in highly valued schools reported that they were motivated to learn and preferred to stay in their schools because of the prestige, quality of teachers, high academic abilities of their peers and the availability of education resources that promoted lifelong learning.

A central theme that emerged from the interviews was disparities in teaching and learning resources. When the participants were asked what affected their academic work, all the students in category C schools alluded to shortcomings in teaching and learning materials, physical infrastructure such as science resource centres or laboratory and computer access. Those in category A and B schools reported that their schools were well equipped with resources which promoted learning.

Students in category C schools reported that most of their teachers perceived them to be less intelligent than those in valued schools. Category A and B students responded that they believed their teachers had high expectations of their academic abilities and supported them to succeed in their learning.

All the students in category C schools said their communities’ perceptions and beliefs about their schools were mostly demotivating. People – including their parents – did not have high expectations of their academic performance. They had already been labelled “not good enough”. Students in category A and B schools reported a narrative that elite schools produce the best and brightest students in the country.

Effects of the category system

In Ghana’s secondary school system, placing a student in a category C school is tantamount to setting the student on a path of academic and social failure because these schools have fewer resources and record poorer academic results in the school leaving exam.

In effect, students who may need support to succeed in their schooling are placed in schools that are under-resourced. After three years of secondary education, these students who face double marginalisation are required to take the same exams as students in better-equipped schools, if they want to continue to post-secondary education. Only a few students from category C gain admission into higher learning institutions.

Category C students are restricted from accessing the opportunities that come with higher education. They also have lower confidence and esteem.

The study’s sample size was relatively small, therefore findings cannot be generalised. Nevertheless, this study has provided an initial understanding of students’ experiences.

It shows that the inadequate resources in low performing schools pose a major barrier to academic success. Grouping schools into categories also exacerbates inequities by encouraging people to discriminate against students in low ranked schools.

Therefore the distribution of students and resources should be more equitable. We recommend that the system of categories based on exam results should be phased out. Every student should have the opportunity to be enrolled in well resourced secondary schools.