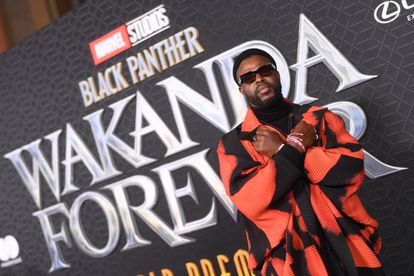 Back in 2018 I joined the millions of people who flocked to cinemas worldwide to watch Ryan Coogler’s Black Panther. The story of an ultra modern African society not shaped by colonialism was celebrated by critics and audiences alike as “revolutionary”. It won three Oscars. Now its sequel, “Black Panther: Wakanda Forever”, is dominating box office returns and delighting critics.

While I enjoyed and was entertained by the first film, I was also struck by its potential as a teaching tool. Its Afrofuturistic approach – using the past to imagine futures that differ from existing historical narratives – could, I thought, be a catalyst for dispelling myths about African history, culture and tradition. It might be a way to help my students – trainee teachers at a South African institution – overcome cognitive injustice. This is the idea that some forms of knowledge are more significant than others.

Eurocentrism, which is based on a biased view of western or European knowledge at the expense of knowledge from the global south, leads to cognitive injustice.

As I’ve explored in my research, students at a university in the global south might experience cognitive injustice when the curriculum is dominated by western thought and knowledge.

ALSO READ: Actress Connie Chiume is grateful to be a part of ‘Black Panther’

Overcoming their own sense of cognitive injustice is a powerful way for educators to enable their students to question and transform society’s unbalanced power relations. This is especially urgent in a South African society troubled by gender-based violence, xenophobia, racism and social inequality.

So I conducted a study in which I examined whether seeing Black Panther influenced future teachers to think differently about their identities and relationships with others. I used the film to introduce them to the concept of Afrofuturism. I found that Black Panther made a significant contribution to the students’ awareness by reinforcing the idea that people should be proud of how they look, and that beauty is not tied to a grand, western or global standard, but is, rather, fluid and different for each person.

By understanding the importance of identity and using teaching methods that are sensitive to different cultures, these teachers will be better able to promote diversity in their future classrooms.

Fifty-two trainee teachers were involved in the study. They were asked to see the film in cinemas and we then discussed what they learned from it.

The students identified with several aspects of Black Panther, often depending on their own place in society.

For instance, some of the female students found the film’s message of gender equality to be the most interesting aspect. These students perceived a connection between the many roles portrayed by the black actresses in the film and their capacity for both physical and emotional expression. They further seemed to have had the insight that a society’s power dynamics may be shaken up when women are given equal status within that society.

Most of the female students held the belief that the way women are treated in their communities or society renders them helpless. However, several of them felt inspired by the film to take a stand against the many forms of discrimination that, in today’s culture, make it difficult for roles to be shared equitably.

Several students felt the systems and structures of many modern African communities demonstrated that the continent was still subject to the policies of globalisation rather than developing its own policies, tailored to its requirements.

A few other students expressed their views on the importance of challenging political norms, as well as resisting orthodox ways of thinking. They were firmly on the side of decolonisation – pulling entirely away from global north influence, theories and knowledge systems.

Others, though, insisted that it was essential to collaborate with others from across the globe rather than to operate in isolation. They argued that western and European knowledge had value but that African knowledge and policies ought to be at the centre of learning and teaching on the continent.

In my opinion, schools in South Africa are lacking a social justice curriculum that would teach students about the concept of cognitive injustice. Students should constantly be immersed in a welcoming learning environment that acknowledges and appreciates their individuality, while also fostering a feeling of community among their peers. Black Panther’s Afrofuturistic perspective, in my opinion, encourages students to reflect on what makes them unique and to be receptive to discussions on the impact of gender stereotypes and racism on their experiences in the classroom and beyond.

Using Black Panther as a way into exploring Afrofuturism led to decolonial ideas. That, in turn, could alter the students’ future classrooms if they take up these ideas in teaching and learning. Those classrooms would be fairer and more inclusive, giving pupils a chance to speak up and challenge society’s norms, values and attitudes.