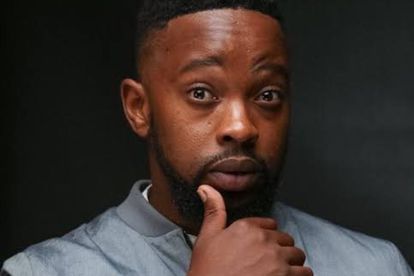 The 33-year-old actor Sparky Xulu, who recently exited The Estate bagged the character of Zwelakhe Zikode, a former drug addict and a pastor’s kid in BET’s Redemption.

The former The Estate actor Sparky Xulu tells Drum Magazine that Zwelakhe Zikode is a complicated character. He’s trying to rebuild his life with his wife (played by Pearl Modiadie) after returning from rehab.

“This is unlike anything I’ve done before.” “More than anything, it was a challenge and it’s nice to see a character through the eyes of trying to redeem themselves and not a lens as simple as rags to riches or bad to good.”

“Reading the character, I thought, flip, I’ll have to do a lot of research here! Not just into the character but into his world. This character requires a lot of me, and that’s what drew me to it,” he tells Drum.

“The church world is just a backdrop to understanding the characters.”

Xulu admits that the character is challenging and sometimes he’s so deeply immersed in the emotional life of Zwelakhe that it drains him emotionally and physically too.

The actor adds that he’s finally enjoying being an actor now more than he did when he was younger.

“I regret the rush – rushing to get a certain role or be the lead – because now, in retrospect, when talking to people about the roles I’ve played I realise those are the roles that people remember, and back then I thought it was a small role. But that drive elevated my commitment and shaped my work ethic. I do wish I could’ve enjoyed the early roles more and trusted the process more.”

“I’m the harshest critic of myself,” he admits, saying he even found it hard watching the premiere of the show. But with the wisdom that comes with getting older is realising that you need to trust that your best is enough.

“Being the kind of person who always consults to hear if I can do better, I’d say the best career advice I’ve been given is to trust that I am enough.”