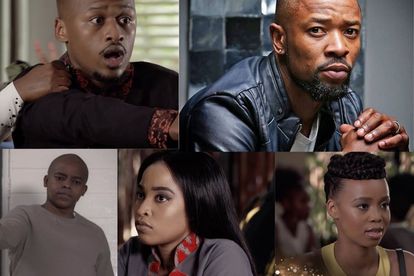 Rising star, Molemo Tlali, who plays the role of Khumo Sebata, has become the fifth actor to exit Mzansi Magic’s telenovela, The Queen.

Tlali is the second Sebata after his cousin, Mpho Sebata, played by Ntando Dumo to be written out.

Entertainment commentator, Phil Mphela, announced his exit but could not detail his exit storyline at this stage.

Mphela also advised viewers to watch the show to see how he was written him out from the telenovela.

#TheQueenMzansi viewers have complained about Tlali’s role on numerous occasions on social media since he joined the show this season.

Also read: ‘The Queen’ viewers: ‘Darlington, Olerato and Khumo are ruining the show’

Troubled actor, SK Khoza, who plays the role of Shaka Khoza, got fired from the Mzansi Magic’s telenovela, The Queen for the second time last month.

The actor reportedly got fired by MultiChoice for physically and emotionally abusing his former fiancée, Mandy Hlongwane.

The 35-year-old actor also got fired by Ferguson Films in 2019 for being unprofessional and having ‘diva tendencies’ on set.

“He’s always in trouble. If he’s delaying production, he’s involved in child support drama that has been following him to work.”

“He’s not the same person (that) he was. It’s as if fame changed him.”

Award-winning actress, Cindy Mahlangu, who played the role of Siyanda resigned from the Mzansi Magic telenovela for the second time last month (November)

The news of Mahlangu’s resignation devasted viewers of the telenovela as she resigned a day after MultiChoice fired her co-star, SK Khoza, who plays the role of Shaka Khoza on the show.

She played the role of Siyanda from seasons three to six as Kagiso Khoza’s (Loyiso McDonald) girlfriend.

Her role was written out for the first time in June 2020 and she returned in November 2020 after her e.tv Scandal! character, Violetta Mamba got killed.

The actress rubbished claims that she was fired by the production company and said she left the show on good terms.

Fan-favourite actor, Loyiso McDonald, who played the role of Kagiso Khoza for five seasons exited the show to join the theatre.

The actor and his on-screen wife, Zenande Mfenyane, who plays the role of Goodness Mabuza-Khoza got a proper send-off in August this year.

The actors left the show just a few weeks after the tragic exit of Mpho Sebata (Ntando Duma) on the popular Mzansi Magic telenovela.

The TVSA December teasers have confirmed that actress, Zenande Mfenyane will be returning to the show without McDonald.

The channel announced that the 33-year-old actor would be leaving the show to pursue other endeavours.

Viewers labelled the actress a terrible actress since her debut on the telenovela and couldn’t wait for her exit and even slammed her death scene.

“What a magnificent experience! What a true blessing to work in such a positive and joyful environment and its entire Team too.”

“To the cast, the crew, and my remarkable fellow actors, Ngiyabonga (thank you)!”