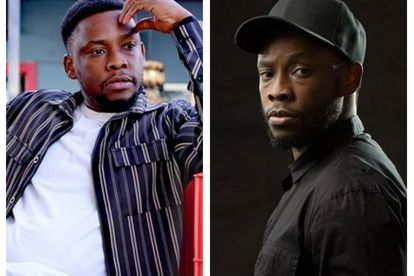 Wiseman has confirmed that he is going back to ‘Uzalo’: Images via Instagram: @wiseman_mncube

Wiseman has confirmed that he is going back to ‘Uzalo’: Images via Instagram: @wiseman_mncube

The Wife‘s new Mqhele (Wiseman Mncube) is reportedly back on the set of SABC 1’s Uzalo shooting his scenes.

He is said to be getting ready to avenge those who caused his injury when he left.

An insider that Daily Sun spoke to said, “Wiseman has started shooting his scenes. He is returning as the angry Sibonelo. He’ll make sure that those who are responsible for his injury pay,” said the source

Another source said that Wiseman is lucky that he was not part of the people whose contracts were no renewed.

“Season 9 starts early next year and after tough contract negotiations, everyone knows who is in and who is out. But it’s still not clear whether Wiseman is shooting for next season or this season. He is a lucky boy who has two jobs at once. It shows that Stained Glass TV loves his talent,” said the source..

The source said that it’s not clear whether he will start appearing on season 9, which starts early next year, or in December.

The actor told the publication that he never Uzalo. He just took a break to focus on other things that are related to the arts.

“I’m still with the show. That’s all I can say,” Wiseman said.

Nomfundo Zondi, who is a spokesperson for Uzalo said, “Viewers will be informed should there be any changes on show and characters.”

The star also told City Press that his latest role Mqhele was not too different from his Uzalo character, Sbonelo.

“When I look at Mqhele and Sbonelo, I see the same person, they are similar – stubborn and violent – so, when I read the script, I could not get my head off Sbonelo. So, I had to differentiate and not take Mqhele to Uzalo and vice versa.”

ALSO READ: ‘The Wife’ actor Wiseman Mncube: ‘I will return to Uzalo’