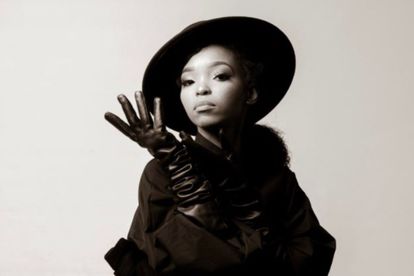 It’s been six months since Mapula Mafole and the rest of the Rhythm City cast received the news that Quizzical Pictures, who are the producers of the e.tv soapie, has canned the show after 13 years on the small screen.

e.tv had announced that the series will air its final episode on 16 July 2021

The award-winning actress who won the hearts of Mzansi with her role of Mapula on the show, recently opened up about following in the footsteps of her brother-in-law; DJ Christos to branch into music as a club DJ.

The actress revealed to Gomora actress and radio personality Thembi Seete on Massive Metro that she’s already been practising for six months, but is still too nervous to take bookings for live gigs or share what she’s recorded so far.

Mafole gets thumbs-up from fans

However, Mafole got the thumbs-up from fans when she took to her Twitter account on Thursday to share a video of herself mixing up house jams.

Mafole will be joining a list of other media personalities, such as Lerato Kganyago and former Generations: The Legacy actress Thuli Phongolo, who have transitioned from acting to DJing.

Phongolo has now become one of the most booked DJs in the country. Phongolo, who played the role of Namhla Diale on Generations: The Legacy, recently also joined the cast of Mzansi Magic’s Rockville.

What other ‘Rhythm City’ actors are up to:

Award-winning actor Mduduzi Mabaso who plays the role of Suffocate Ndlovu on the show, has now joined Mzansi Magic’s Diep City to play the role of  Bra Elliot.  A thrilled Mabaso said he’s happy to finally work with director Mandla N as he brings fresh content and never mimic’s other telenovela’s in the country.

He stated in an interview with Tagged magazine: “If we’re committed to edutainment, we must reflect on the lives of people on the ground too.”

Itumeleng Bokaba who plays the role of Mamapho on the show will also be pursuing music when the show ends. The 27 year old actress told Drum Magazine:

“I am excited to see what I can do to challenge myself and to do something different. Right now, things could go either way. I have a passion for music and look forward to fully pursuing it.”

When Petronella Tshuma, who has been playing the role of Pearl Genaro for the past four years, was asked what her plans are for after the show in an interview with News24, the actress stated:

“Greater and bigger things are ahead. No door closes for no reason. God knows why certain doors have to close. I am optimistic and excited for the future.”

The actress recently waked away with a SAFTA (South African Film and Television Awards) for Best Actress in a TV Soapie.