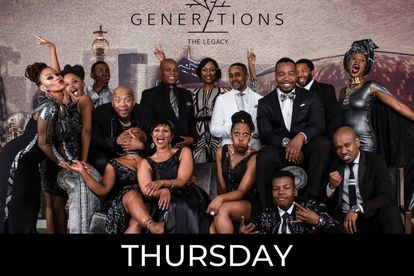 Nontle’s morning goes from bad to worse. Sphe overhears a conversation she wasn’t supposed to. A patron films an ugly interaction that goes down at the shebeen.

Luyolo sinks ever deeper into a dangerous web of lies. Mazwi is not in a forgiving mood as he takes on his wayward staffers. Mo’s father proves that a leopard doesn’t change it’s spots.

Read all about what’s happening in Generations: The Legacy in May over here.

Episodes air on SABC1 Mondays to Fridays at 20:00 on DSTV Channel no. 191. If you are unable to catch the latest episode when it airs, we will be publishing full episodes from the SABC. Stick with us, and you will never miss any single episode of this sopie again. Stay tuned