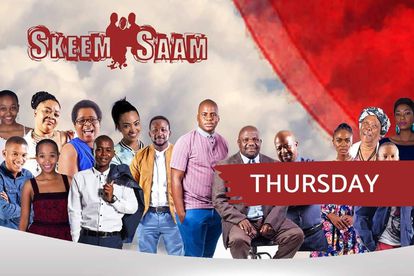 Fanie threatens Francois into silence. Mr Kgomo drives around Turf looking for a ghost. An old lady returns to Turf after a long absence.

The arrival of someone unexpected at Café Rovuwa upsets the applecart. Mr Kgomo lies to his wife about where he is going. Tbose and Mapitsi have a surprising announcement for the family.

Read all about what’s happening in Skeem Saam in December over here.