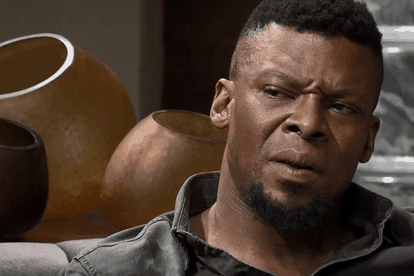 Vuyo Dabula, who plays Kumkani “Gadaffi” Phakade on the SABC1 soapie, Generations: The Legacy will exit the show this coming March.

The Daily Sun repots that some people watched the show solely because of him making his character a fan-favourite for the last five years.

“So his departure might turn some off, but only time will tell. His last scene is scheduled to air on 17 March,” said an anonymous source to the publication.

It is reported that Vuyo initially decided to leave the show after he was set to reprise his role in season 2 of Netflix’s Queen Sono – which has since been cancelled.

Confirming the news he said, “I was going to reveal this, but I guess it is what it is,” reports ZAlebs. Many including the producers were left puzzled by his decision as the drama series, which has been playing in South African homes for more than two decades provided more of a stable income for him – as opposed to a Netflix series which has proven to not secure an influx of money for any actor really.

At the time, a source said: “It makes no sense for him to choose to leave a show that gives him financial stability. He is leaving behind a stable salary. His decision came as a shock because he’s one of the lead actors on the show.”

Vuyo did reportedly try to get back onto Generations: The Legacy, but producers and writers maintained that they worked around the clock to find a suitable and exciting exit for him.

Vuyo has an impressive resume and has acted on international films such as Avenger’s Age of Ultron and Queen Sono season 1 where he played Shandu Johnson Magwaza. His acting was recognised by rapper turned producer 50 Cent – real name Curtis James Jackson III – who wants to cast him on his upcoming production, a series titled Black Mafia Family. The rapper took to Instagram to talk more about his upcoming production and expressed how eager he is to work with African stars. Fans of Vuyo mentioned him and much to their surprise, an impressed 50 Cent already knows who he is.