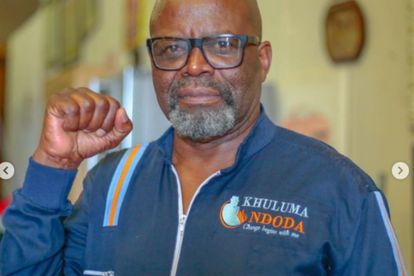 Uzalo viewers are triggered by the late Patrick Shai’s appearance on the soapie and are praising him for his depiction of a gender-based violence (GBV) activist in the soapie.

The late actor currently plays a cameo role as a GBV activist and it is unclear for how long he will still be appearing.

Viewers of the show are saddened by his appearance every evening as the actor passed away on Saturday 22 January.

The late actor scored a cameo role in 2021 to tackle the abuse storyline between Njeza (played by Nkanyiso Makhanya) and Nosipho (Nompilo Maphumulo).

In the soapie, Njeza physically abuses his girlfriend Nosipho, who forgives him when he apologises after the beating.

Shai is currently assisting Njeza behind bars and other prisoners uncover their reasons for abusing women.

The late thespian is the founder and managing director of Khuluma Ndoda (Men Talk) which is an organisation that encourages men to speak out and fight against gender-based violence.

‘UZALO’ ON THE ABUSE STORYLINE

Uzalo’s spokeswoman Nomfundo Zondi confirmed that the actor would be joining the show on a cameo role basis.

“We have a storyline where a boyfriend abuses his girlfriend.”

“Gender-based violence is a huge issue in Mzansi, and we had to do something about it, as the show.”

Zondi told Daily Sun that the role would teach viewers about gender-based violence.

“He will talk to the men of KwaMashu, and plead with them to protect women.”

“We hope that with this storyline, there will be a decrease in the numbers of gender-based violence accidents.”

VIEWERS REACT TO HIS APPEARANCES

Tributes and praises continue to pour for the actor who still appears on the show.

“RIP to the legendary PatrickShai…. @therealnkanyiso my brother you are more than dope.”

“Rest in peace till we meet again in rapture.”

“The legend has been promoted to the spiritual world.”

“Poor Patrick Shai on #Uzalo nkosiyam. Death is so wild.”