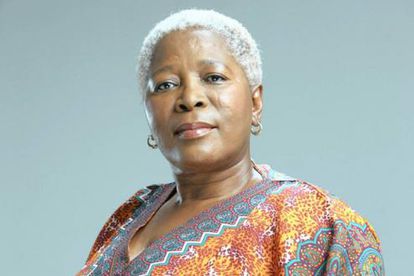 Actress Thembi Nyandeni is one of the nine new faces in season 8 of ‘Uzalo’ . Image via @METROFMSA/Twitter

Actress Thembi Nyandeni is one of the nine new faces in season 8 of ‘Uzalo’ . Image via @METROFMSA/Twitter

Things are about to get heated on Mzansi’s most-matched television show, Uzalo. This comes after the SABC1 telenovela announced that it is beefing up its cast with new faces.

Now, viewers of the telenovela should brace themselves for more drama as a possible overthrowing of Nkunzi from his throne is said to be imminent. All of this will unfold when the new family in the community of KwaMashu rocks fights for the throne.

The South African revealed some of the new cast members on 1 March, but actually there are more. This is for the show’s season eight which is set to start on Friday 4 March.

If you’re an avid Uzalo viewer, then you’ll know that drama is the show’s middle name and it never ends. This new family is nothing like what it looks like at first glance. So, meet the Magwazas…

Njinji Magwaza is the family matriarch played by Thembi Nyandeni. According to TVSA she is “a ruthless wolf in sheep’s clothing.” If Nyandeni’s role on Mzansi Magic’s Isibaya is anything to go by, viewers are in for a treat.

Accompanying Njinji is her daughter Nomaswazi Magwaza. Actress Omuhle Gela plays the role of this charming and beautiful women. However, much like her mother, she cannot be trusted although her beauty and intelligence may fool you.

Another member of this deceptive family is Vikizitha Magwaza. His role is played by comedian and actor Siyabonga Radebe. Many will remember the actor in his most popular role on Saints and Sinners as Phakamani Mkhoba.

According to reports suggest Nkunzi (Masoja Msiza) is in for a challenging time as Vikizitha is said to have his eyes fixed on his throne. He is described by TVSA as “a lethal criminal.” Finally, the Magwaza Simon Nsimbi (Ronald Mkhwanazi). He will come in as the Magwaza’s right hand man and voice of reason.

According to SowetanLIVE, executive producer Pepsi Pokane said that they are confident that their viewers are eager to continue experiencing authentic stories that represent their everyday realities.

We are excited for audiences to experience a reimagined Uzalo. The production team promises a season of high-stakes drama, riveting storylines, creativity, and skilful production.

OTHER ACTORS TO JOIN UZALO

While the Magwaza will be entering KwaMashu with the sole purpose of disrupting the community, the law will be enforced a much harder at the police station. Constable Biyela (Thabisile Zikhali) is described as “an honest and well-educated woman determined to keep the department on the straight and narrow.” Radio presenter and Umkhokha actress Hope Mbhele will also be joining Uzalo. Mbhele will play the role of Amahle Sishi. In addition, musician Sandile Mfusi will play a driven and charming Kwanda while Flavia (an independent woman) will be played by Sthembile Mhlongo.

Bimenyimana the second Burundi star to play for Chiefs, who remembers the first?