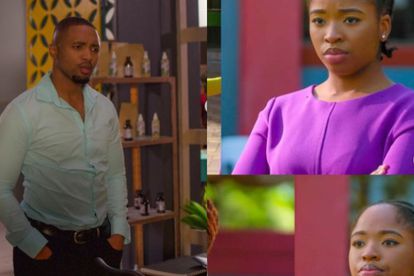 Uzalo’s Nonka is a Christian who’s always lived a crime-free life and will probably break up with Kwanda if Hleziphi can prove that he’s a drug dealer.

She also ended her marriage to Sibonelo when she found out that he is a criminal and when he didn’t choose her over his second wife.

WILL NONKA SURVIVE THE DRUG SCANDAL?

Uzalo viewers are protective of Nonka because they can relate to her simple life and they’ll be devastated for her if Hleziphi’s suspicions about Kwanda being a drug dealer are true.

Nonka will start getting suspicious about him next month but Kwanda will assure her that he’s not a criminal and he’s not living a double life.

“Hleziphi makes a big discovery that might have dire consequences. “

Kwanda loves Nonka because she’s not a scammer like him, doesn’t accept handouts from anyone, and is a hard worker.

Nonka (Thuthuka Mthembu) will break up with him because she hates liars and has been lied to by her previous boyfriends and husband.

She knows she will end up in prison-like her brother Njeza if she protects him from the police or decides to keep his secret.

Viewers don’t trust Kwanda because he’s never registered his products, nobody knows where they came from or where they’re manufactured.

He’s also too controlling and too desperate to have his products sold and that’s always been a red flag that Nonka has overlooked.

Nonka’s brother has always been suspicious of Kwanda because he can see through him as he was once a criminal like him.

The fact that Kwanda (Sandile Mfusi) will want to alleviate her concerns on Wednesday 27 July means that he’s a criminal and has something to hide.