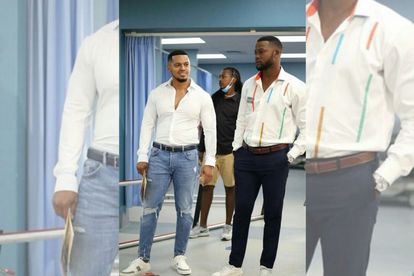 Durban-based telenovela’s Uzalo and Durban Gen have been forced to suspend all shooting with immediate effect due to the rising looting in the province.

The rioters have affected operations of the shows and cast members have revealed to Daily Sun that they’ve had to stop working for their own safety.

The rioters have looted roads, set buildings on fire, and blocked roads as they demand that former president Jacob Zuma be released from prison.

The cast members of Durban Gen have informed the publication that they stopped shooting a week ago.

We are scared for our lives. Durban is on fire and people are going crazy.

Roads are a dangerous zone. It’s better to stay at home to save our lives.

People looted Game that is next to our studio on Tuesday and that’s scary.

We can’t risk our lives by going to work. They also burnt the nearby building. It’s hard.

We are still going to starve.

We just pray that our shooting studios won’t be set alight as many buildings are on fire.

Life is hard, and by the looks of things, it’s going to get harder.

The production company has also produced shows such as Lingashoni and eHostela, and many more…