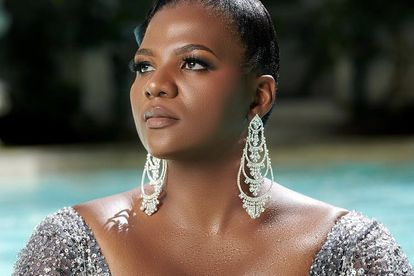 ‘Umkhokha’ viewers are relieved that Shauwn ‘MaMkhize’ Mkhize never made a cameo role on the show. Image via Instagram

‘Umkhokha’ viewers are relieved that Shauwn ‘MaMkhize’ Mkhize never made a cameo role on the show. Image via Instagram

Though some of her die-hard fans thought she would’ve killed the role many agree that it would’ve been a terrible idea.

Viewers of Mzansi Magic’s faith-based series – Umkhokha sighed with relief that MaMkhize never made an appearance on the show.

Entertainment commentator Phil Mphela announced on his Twitter account yesterday that Shauwn ‘MaMkhize’ Mkhize was slated to make a cameo role in the hit faith-based series.

While her fans think she can pull off being an actress and soar at it others feel that she shouldn’t have such opportunities as there are many struggling actors in the countries.

Someone as wealthy as the millionaire shouldn’t be taking bread out of those who need the job.

The KwaMaMkhize reality TV Star made her acting debut in March 2021 on SABC1’s soapie Uzalo.

She played the role of a mysterious, wealthy woman, with her eye set on the KwaMashu church.

The star told Drum Magazine at the time that she resonates with her character’s determination.

“Like me, she is a fighter. She lives on the edge and when faced with a challenge, she is determined to fight.”

“So, I am extremely excited for my guest appearance, I can’t wait for everyone to see another side of my many hidden talents”.

ALSO READ:‘Hands off my grandchildren!’: MaMkhize on Andile’s paternity drama

“Thank goodness it fell through.”

“She can’t act, she looked awkward on Uzalo.”

“How many upcoming actresses are looking for the same opportunities?”

“The reality show made sense but she should not take actors’ bread pls.”

“Ayii I don’t care about her money and fame.”

“We got influencers on radio and strippers as DJs.”

“People should let the woman do whatever she wants.”

“Politicians are on sport and know nothing so.”

“What did u expect this is South Africa?”

“Look how poor Ntando Duma was as an actress because she has a lot of followers.”