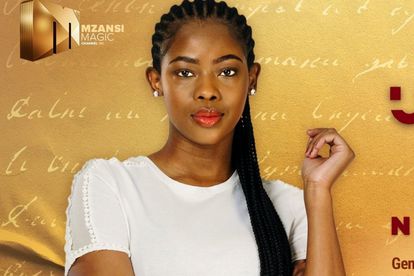 Umkhokha viewers were heartbroken by the death of Nobuntu (Khwezi Ndlovu) who’s been living with depression because of her mother, MaMzobe.

Fans of the show predicted she died last Sunday (12 December) when she committed suicide by drinking the poison that was meant for her sister MaBusi (Hope Mbhele).

MaMZobe and her husband, Difa have suffered another blow as they’re burying their second daughter, Nobuntu  played by Khwezi Ndlovu.

She also committed suicide like her older sister in the second episode.

MaMzobe (Deli Malinga) disobeyed her husband the first time by not whipping her first deceased daughter.

The whipping is performed so that the deceased can crossover peacefully so the ancestors can accept her.

The ritual is also performed so that another family member doesn’t commit suicide.

MamZobe’s husband (Difa played by Sibonile Ngubane) believes that the whipping will break the pattern and the curse will be broken.

Viewers were heartbroken when Nobuntu’s father whipped her last night (19 December) but understood that it had to be done.

It is believed that if one doesn’t perform this, umkhokha (bad luck) will follow the family forever..

KHWEZI NLOVU ON HER ROLE

Actress Kwezi Ndlovu, who played this role on Mzansi Magic’s Umkhokha recently told TshisaLIVE that it hasn’t been easy to play the Nobusi.

“It’s been extremely hard having to play a heavily emotional character that is depressed, and embodying something like that was difficult.”

“She taught me that I am very much capable to tap into different parts of myself. I didn’t know that my range could go that far.”

The actress lost her father on 16 December 2020 and went “into a very deep dark hole.

“I managed to pull myself out of it … what helped me was accepting what had happened.”

wanted to allow the pain to have its time with me so that when I get through it, I can look back on the good memories.”

@skeem-saamemMC: “Hopefully she’ll come back as a ghost in Season two.”

@Jabu_Macdonald: “Mamzobe wants to continue with the curse. she deserves what’s happening to her.”

@select-beverage:”So, Mamzobe’s children (all her children) are dead because of her.”

Also read: ‘What a banger storyline’: Viewers applaud the first episode of ‘Umkhokha’