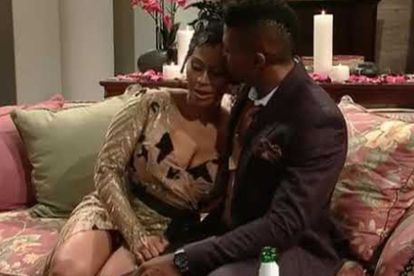 Letoya Makhene (Tshidi Moroka) and Vuyo Dabula (Kumkani Phakade) from ‘Generations: The Legacy’ took a break from the show in 2021. Image via Twitter @Gen_Legacy

Letoya Makhene (Tshidi Moroka) and Vuyo Dabula (Kumkani Phakade) from ‘Generations: The Legacy’ took a break from the show in 2021. Image via Twitter @Gen_Legacy

Five characters from Generations: The Legacy who got written out of the telenovela this year, include: Tshidi Moroka, Oby Phakade, Kumkani Phakade, Siyanda Khoza, and Lesedi Diale.

Characters who are no longer part of Generations: The Legacy, include: Oby Phakade, Lesedi Diale, Siyanda Khoza, Kumkani Phakade, and Tshidi Moroka.

Actress Luyanda Mzazi — popular for the role of Lesedi in Generations: The Legacy — has left the show.

Lesedi was an orphan who got adopted by the Diale family and later became a podcaster at #Ezweni.

Her character left for Rustenburg to be with her son after she discovered that she has breast cancer.

Fans of the actress were saddened by her departure as she’d just returned from her second maternity leave and were hoping she’d stay longer.

Seasoned actor Vuyo Dabula, who’s been playing the role of Kumkani ‘Gadaffi’ Phakade since 2014, has left Generations: The Legacy.

An insider from the show told True Love Magazine:

“This time, he’s definitely gone for good because he hasn’t been in the studio for a while.”

“His character has been scrapped off, which means that he won’t feature in Season 31 of the show.”

“There were negotiations between Vuyo and the show’s producers, but things didn’t work out.”

“This means that the show’s avid viewers won’t see him on screen anymore.”

Fans predict Tshidi will be back as neither the actress nor the show has confirmed her exit.

OTHER CHARACTERS NO LONGER IN STORYLINE

Oby was a Nigerian diplomat who used her dark powers to control people.

She also appeased her ancestors by eating human livers and drinking her blood.

Fans saw Oby packing her bags and taking the first flight out of the country after she lost her powers.

The trio Tshidi (Letoya Makhene), Ayanda (Samela Tyelbooi), and Lucy (Manaka Ranaka) managed to neutralise her by giving her a spoilt liver.

Kay Sibiya who played the role of a journalist, Siyanda Khoza also left the soapie.

The actor plays a role of Sandile in Showmax’s telenovela, Hlomu: The Wife.

Sibiya joined the Generations as an award-winning journalist from Cape Town.

He was brought to #Ezweni by Tshidi to take down his brother, Jack Mabaso (Vusi Kunene).