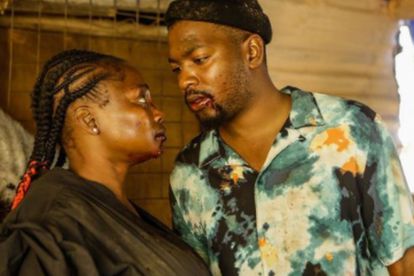 Mzansi women were so triggered by this week’s gender-based violence storyline on Uzalo that they’ve now taken to social media to share their horror stories.

Viewers were relieved when Nosipho (Nompilo Maphumulo) finally got assisted yesterday (3 November) after Njeza brutally abused her in front of the KwaMashu community.

‘I WAS ABUSED TOO’

Female audiences who watched the show in horror were reminded of the abuse they once endured at the hands of the men they loved and shared their stories.

The show has been trending all week and applauded by fans for the gender-based violence storyline.

A viewer shared with #Uzalo on Twitter that abused women often make it difficult for the community to assist them because they keep going back to the abuser.

Another viewer shared that Njeza and Nosipho’s GBV storyline reminded her of a neighbour who stayed with her abusive boyfriend even after several interventions.

Njeza (Nkanyiso Makhanya) will finally pay for abusing his girlfriend and will be sentenced to ten years in prison according to the TVSA November teasers.

The teasers also warns viewers that the GBV case will get worse before justice prevails for Nosipho.

Legendary actor, Patrick Shai, will appeal to the KwaMashu residents on Monday, 8 November to pledge their support in protecting the women.

Shai who is also the founder and director of Khuluma Ndoda (Men Talk) has scored a cameo role on the show.

Khuluma Ndoda is an organisation that encourages men to speak out against gender-based violence.