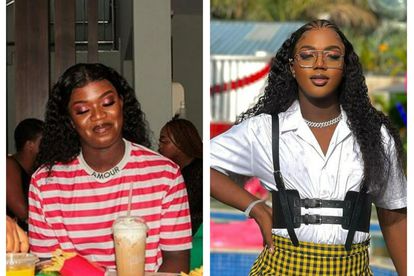 Moghelingz has finally made his cameo on ‘uzalo’ and despite him charging the Shlobos an exvhornabnt amount, he got the gig. Images via Instagram: @moghelingz / @uzalo_sabc1

Moghelingz has finally made his cameo on ‘uzalo’ and despite him charging the Shlobos an exvhornabnt amount, he got the gig. Images via Instagram: @moghelingz / @uzalo_sabc1

The talent show on SABC 1’s drama Uzalo is in full swing and the show brought out all the big names to make it a success.

TikTok sensation Banele “Moghelingz” Ndaba is one of the people who are making cameo appearances during the talent show. He is helping Madlala (played by Ntombifuthi Dlamini) and MaDongwe (played by Zama Mugubane) with their act.

Speaking to Drum Magazine, Moghelingz said that he has always wanted to see himself on the big screen so when he got the call to be part of the talent show, he knew he was headed in the right direction.

Moghelingz said when he met the cast and crew, he did not expect that they’d be friendly and welcoming but they were and it humbled him.

“These are the people I used to watch on TV and [they] are praising me so much, it was such a humbling experience for me honestly,” said the publication.

Landing the role, Moghelingz said it was such a big thing for him because he has always wanted to be on TV.

“It is such a big thing for me, I have always wanted to be on big screens. When I landed the role, I was like to myself ‘OMG you are doing so good and you are just on the right track’ this is one of my huge achievements,” he told Drum.

Moghelingz said he wished he had received a more challenging role but he says he had fun playing himself and enjoyed the energy.

ALSO READ: Wiseman back as angry Sibonelo to avenge his injury on ‘Uzalo’

The 20-year-old says the difference between shooting his TikTok content and being on the set of Uzalo is that it takes a lot of time for the Uzalo scenes to be shot.

“I don’t spend more than an hour to shoot my content so what makes it different is that on set you have to be there in the early hours at around 4/6 am and you have to know what you are shooting which can take hours just to shoot like a two minutes scene on screen,” Moghelingz said.