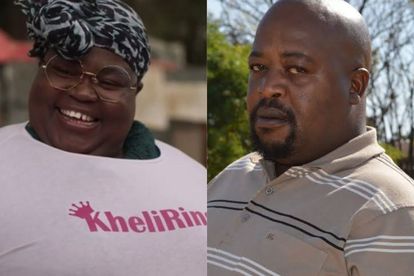 Skeem Saam’s Meikie was once the most-envied woman in all of Turfloop with her perfect family and perfect life.

Meikie appeared to be a typical housewife who likes to shop, look glamourous and spend time with her family. Only, as it soon emerges, she’s anything but normal…

Underneath that smile emerged a cold-blooded killer, who is now referred by her family members as ‘Meikie-Mai-Mai’.

Her husband’s cheating scandals turned her into a jailbird who attempted to kill his mistresses, and her husband’s son, Kwaito Maputla (Clement Maosa).

Mzansi Magic’s description of Zola said it all:

“Zola was the biggest blindside in DiepCity. “

“She came in like a beautiful angel, wrapped everyone up in her manicured fingers and tailored clothes.

Zola’s lack of conscience allows her the freedom to kill without guilt, and then go on with business as usual the next day.

Khelina (Lebohang Mpyana) is that bubbly neighbour who is constantly asking everyone for tea or sugar or a meal.

Viewers love her authenticity, humour, and her power to clean up her mess and make a living out of it.

Charles (Masilo Magoro) is a nosey shopkeeper who gives the worst customer service and has a terrible reputation in Turfloop.

He is forever shouting at his customers, family members, and is still holding a grudge at the Maputlas for killing his brother, Ben Kunutu two decades ago.

He knows everything that goes on in Turfloop and is forever spreading gossip about everyone to anyone willing to listen.

Bra Sikes (Fortune Thonejane) uses his power to control the Maputlas and everyone he meets.

This evil character has done it all; blackmail, kidnapping, killing and abusing.

Sikes turned his son, Noah (Austin Mothapo) into a criminal and has caused trouble for his baby mama, Mokgadi (Pebetsi Matlaila) for decades.

He is currently blackmailing Meikie Maputla and threatening to expose her if she doesn’t help him clean his dirty money.

Mgedeza (Mduduzi Mabaso) is the most feared gangster in soapville, dubbed “the master of evil” by the community of Diepsloot.

He’s caused trouble for his wife and is partially blamed for the killing of his nephew Khumo because of his affair with Zola.