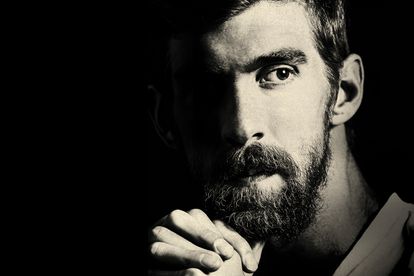 “How many more dead Olympians do they need before they realise that there might be an epidemic here?”, says Gracie Gold, an Olympic bronze medalist in figure skating, in the HBO documentary The Weight of Gold, now streaming on Showmax.

About The Weight of Gold

She’s not talking about COVID-19, but about a steady flow of suicides that has shocked the Olympic community in the United States over the last decade.

In April 2017, Brett Rapkin, the Emmy-winning director of The Weight of Gold, conducted an emotional interview with 37-year-old Olympic bobsled gold-medal winner Steven Holcomb. Only days later, Steven committed suicide, leaving Brett with the difficult choice between scrapping his documentary entirely or broadening its subject matter. He chose the latter, honouring Steven’s memory and legacy by shining a light on the eye-opening number of Olympians struggling with mental health issues of their own.

The Weight of Gold is narrated by Michael Phelps, the most decorated Olympian of all time, with 28 medals. He opens up about his post-Olympics drunk driving arrests and his own battle with suicidal thoughts. “We’re just so lost, ’cause we spent four years grinding for that one moment, and now we don’t know what the hell to do,” says Michael of Olympians post-Olympics. “I think it’s probably safe to say that a good 80%, maybe more, go through some kind of post-Olympic depression.”

The Weight Of Gold has a 94% critics rating on Rotten Tomatoes, where the critics consensus says, “Anchored by a disarmingly frank Michael Phelps, The Weight of Gold provides a sobering testimonial to how the world’s most celebrated athletes are still vulnerable to mental health struggles.”

For the Olympians in The Weight of Gold, sport was all-consuming from early childhood. “You think and you operate as if everything revolves around this sole focus, and that sole focus is the Olympics,” says speed skater Apolo Ohno, the most decorated American Olympian at the Winter Olympics, with eight medals. “Everything else is secondary, so your relationships, your school, your family, your other friends, everything that’s not catered to you performing at the highest level in sport, it’s a nonstarter conversation.”

Training for one moment

When they finally go to compete at an Olympics, Michael says, “The only word that you can use to describe it is ‘overwhelming.’ You’ve basically been training your whole life for this one moment, and you know it’s not coming around again for another four years, if ever. That’s absolutely all in your head. And then throw in the fact that it’s all unfolding in front of the entire world? Like I said, overwhelming.”

For many of the Olympians in The Weight of Gold, it felt like their entire lives came down to a 40-second performance, with their fate decided in the time it takes to clap, which is often the difference between a first and fourth place in an Olympic event, between going down in history or being quickly forgotten.

“Unless you’re an Olympic athlete, it’s difficult to understand, when you fail at the Olympics, what a big deal that is,” says Jeremy Bloom, a two-time Olympian in freestyle skiing. “From an outside perspective, you could say, ‘Oh, big deal. You’re an Olympian. Like, people have bigger problems.’ And that is true, but for Olympians, that’s your life. That’s really what defines you.”

And winning isn’t necessarily much easier. “However it ends, the bigger point is that it’s over,” says Michael. “Everything you’ve worked for [is] in the rearview mirror. Reckoning with that is something that unites all Olympians, whether you ended up on top of the podium or in total disbelief… Because if your whole life was about building up to one race, one performance, or one event, how does that sustain everything that comes afterwards?”

As Apolo puts it, “It’s gold and then what?”

The Weight of Gold suggests that many Olympians don’t feel like they have the resources to help deal with these post-Olympics blues. Partly, the documentary suggests, because they’re not as well-funded as you’d expect; partly because the federations are set up as conveyor belts to find and nurture new talent, rather than help retiring talent; and partly because Olympians, by their very nature, aren’t good at admitting weakness.

Trying to answer the question, ‘Why don’t you just get help?” Michael admits, “There are a lot of reasons, and probably the biggest is connected to what got us to the top in the first place: our conviction that we can make ourselves unbeatable if we just work at it.”

But, The Weight of Gold suggests, even for those who do manage to reach out, the support system doesn’t exist yet. “If I had blown out my knee, I know for a fact I would’ve had the top physical therapist, the top surgeon, orthopedic, like absolutely whatever I needed fixing my knee,” says Gracie. But she didn’t get the same level of care when she opened up about her mental health challenges.

“Being an Olympian is advertised as this amazing thing, and they leave out all of the side effects,” she says. “So let’s say that you make it to the Olympics. Some side effects may include an eating disorder, depression, anxiety, suicidal ideation, almost, like, a disconnect from the real world. And then when all those side effects do happen, there’s nothing in play to help you with those. They kind of advertise

‘Keeping our athletes healthy and happy,’ and they really only deliver physically. Everything else is just kind of like, ‘Oh, not our problem.’”

New goals beyond the Olympic games

These days Michael has a new goal. “I’m ready to spend as much time as I have to in the years ahead to make sure others know that there’s help out there and that it’s okay to not be okay…”

Looking ahead to the Olympic Games Tokyo 2020, which are streaming on Showmax Pro from this Friday, 23 July 2021 until 8 August 2021, Michael says, “My hope is… the athletes in the centre of it all are not just ready to compete but also supported through whatever may come once the flame goes out.”

“We just have to change the perception that problems with mental health are something to hide,” says Michael, adding that he hopes to see more Olympians speaking up. “In a world where Olympians are leading the way forward to break down that stigma, the impact could be massive. And where better to make change than on the Olympic stage?”

Other Olympics-themed highlights on Showmax include the HBO documentaries At The Heart of Gold: Inside the USA Gymnastics Scandal and What’s My Name: Muhammad Ali, as well as Richard Jewell, Clint Eastwood’s award-winning film about the security guard who became a hero after finding an explosive device at the 1996 Atlanta Olympics, but then became the FBI’s number one suspect, vilified by press and public alike, his life ripped apart.