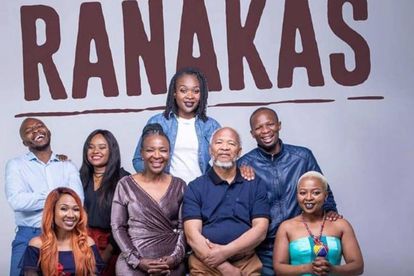 Mzansi Magic hit reality TV show ‘The Ranakas’ has been renewed for a fifth season. Image via Twitter @PhilMphela

Mzansi Magic hit reality TV show ‘The Ranakas’ has been renewed for a fifth season. Image via Twitter @PhilMphela

Mzansi Magic’s reality stars Ntate Ranaka and Mam Siba, recently opened up to Drum Magazine to discuss their family ahead of the upcoming season five of The Ranakas.

Also read: ‘Generations: The Legacy’: Why production came to a grinding halt

INSIDE ‘THE RANAKAS’ UPCOMING FIFTH SEASON

Their private lives have been made public from the good, the bad, and the ugly.

The parents of the famous children tell the publication that they are just a typical couple doing their best for their family.

“Just because we have cameras that come here, we cannot lose who we are.”

“We have got to be real. Our truth is that we are simple people without glitz and glam.”

“Just because people see us on tv, it does not mean that we live differently from other people.”

Ntate Ranaka also tells the publication that they live normal lives and that they spend a lot of time at home.

“Many South Africans go long periods of time without going to restaurants. We are not glamourous.”

“I think people should be comfortable in their simplicity because that does not mean there is no wisdom in your simplicity.”

Viewers will also see Manaka continuing her journey into farming, and Dineo choosing to take on a more backseat position in the family.

The first four seasons showed the family’s dynamics from disagreements between siblings, and parents, to love, family and commitment.

Ntate Ranaka says the family is real, they speak loudly about things because they know that while there may be a pain in the family, there is a pain in other families.

“This is to show everyone that we are all in the same boat and hardships are not unique to your particular family.”

The director of local entertainment channels at M-Net, Shirley Adonisi says they are pleased with shows returning for new seasons.

“It’s always wonderful when shows return for new seasons because it shows that our viewers have an affinity to the content.”

“One thing about a reality show with Dineo Ranaka, it will be the longest running reality TV always.”