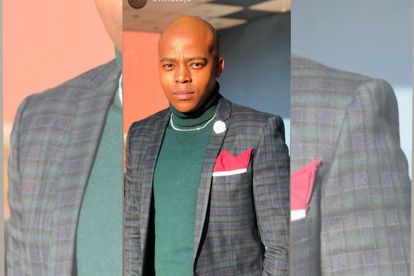 ‘The Queen’ actor Loyiso Macdonald who plays the role of Kagiso Khoza has just posted a picture of himself with a cryptic caption that implies he’s joining e.tv’s Scandal!.

The actor stated that he is working on a new project which he’ll be announcing soon on his post and tagged Scandal! actress Sive Mabuya who plays the role of Xolile Langa on the show.

Although neither the channel nor Loyiso have confirmed the news, the post has gone viral on Twitter.

Loyiso surprised The Queen viewers a few weeks ago when he announced he’s leaving the show after five seasons to return to the theatre.

The actor stated that he’ll star in a play titled The Dusk as part of The Market Theatre’s celebrations of their 45th anniversary.

The Dusk is a production written by Mark Scheepers and directed by Palesa Mazamisa.

THE QUEEN ACTORS THAT JOINED SCANDAL! AND VICE VERSA

Loyiso wouldn’t be the first actor from The Queen to join Scandal! if he has joined the e.tv soapie,

Magwaza plays a villain on both shows and has been playing the villainous role of Dollar since the inception of The Queen.

Actress Cindy Mahlangu who’s been playing the role of Siyanda for more than two seasons on The Queen also joined Scandal! earlier this year to play the character of Violetta Mamba.

Violetta was married to Magwaza’s character on Scandal! and got killed by Mamba when he found out she’s cheating on him with his accountant Simo (Sandile Mahlangu).

Scandal! actress Bathabile Mashigo who plays the role of millionaire Grace Medupe appeared briefly on the Mzansi Magic telenovela The Queen to play the role of Gertrude.

Gertrude was involved in kidnapping Kagiso’s (Loyiso McDonald) baby, Mvelo on The Queen.