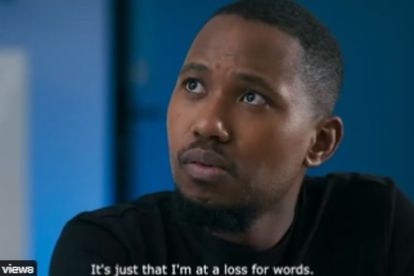 Popular actor Mbulelo Katise, who played the role of Scelo in Scandal! opens up about joining Mzansi Magic’s The Queen.

The former Scandal! actor Mbulelo Katise made his debut in Mzansi Magic’s telenovela The Queen on Monday, 1 August for the role of Duma Jama.

Describing his role, Katise tells Sunday World that viewers can expect unending drama from his family, who are the new bitter rivals of the Khoza family.

“The Jama family is a new family that wants to take over the world of drugs from the Khoza family. With our father having been murdered, we will avenge his death,” shared Katise.

The actor adds that he’s got a few similarities to his latest character Duma, sharing that they both have tremendous love for their families and would go an extra mile to protect their loved ones.

“I am grateful to join Ferguson Films, it is one of the biggest production houses in the country. As an actor, I have always wanted to be a part of them, being part of The Queen has been both challenging and exciting,” he shared.

HIS EXIT FROM ‘SCANDAL!’

The 27-year-old actor who was born and raised in Daveyton, east of Johannesburg also tells the publication that his grandparents were more interested in theatre, adding that acting has always been a part of his family.

“Growing up being exposed to the acting industry, I fell in love with it from a young age and knew it was something I wanted to do for the rest of my life. After completing my matric, I enrolled for film and television production at the Tshwane University of Technology.”

Katise adds that he went back to school to complete his degree when he exited his role as Scelo in e.tv’s soapie Scandal!

“Upon completing my degree a few months ago, I decided to start my own production company, Art Masters Production, which focuses on new talent. By next year, we want to start shooting short films,” he added.