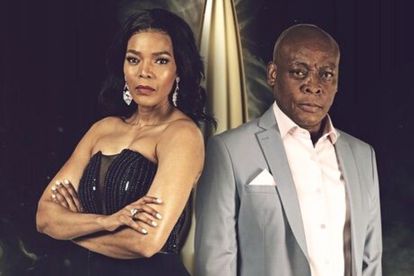 The Queen August teasers reveal that Harriet will kill her second husband Hector like how she killed her first husband Mzi in season one. The teasers also reveal that her niece Onalerona and her former daughter-in-law Goodness Mabuza will find evidence of her killing him.

The TVSA August teasers show that viewers of The Queen were spot on when they predicted Harriet (Connie Ferguson) will kill her current husband Hector just like how she killed her first husband Mzi (Treasure Tshabalala) after he dumped her for Vuyiswa.

“Goodness gives Olerato a piece of information that could explain why Harriet is not grieving Hector’s death.”

Harriet hired a hitman last night (21 July) to kill Hector after he told her that their marriage is over and he wants his ex-wife Vuyiswa (Zandile Msutwana) back.

She felt betrayed by him because they have more in common and he’s her soulmate.

Viewers of The Queen are upset with Hector (Rapulana Seiphemo) for declaring his feelings for Vuyiswa after cheating on her while she was pregnant and marrying Harriet.

“Olerato confronts Harriet about her dead husbands, accuses her of killing them.”

THE BEGINNING AND END OF ‘THE QUEEN’

Harriet hates being betrayed by her loved ones and Hector reminded her of her first husband’s betrayal when he cheated on her too.

Hector awakened all the dark thoughts she buried and she even begged him to not leave her because she thought he was her ‘happily-ever-after’.

She got rid of Mzi’s baby mama by paying her off and infuriated Hector when he found out that he got rid of Vuyiswa by telling her the truth about Hector’s criminal life.

The TVSA teasers also reveal that the Khozas will get arrested and be questioned for Hector’s murder as this is not the first time that Harriet is burying a husband.

Onalerona will also tap into her dark side when she finds out who her aunt is and bury evidence of her killing Hector (Rapulana Seiphemo).

“Olerato steps into the dark side and does the unthinkable.”

‘He is up to the task’: Ramaphosa backs Lesufi as Gauteng Premier