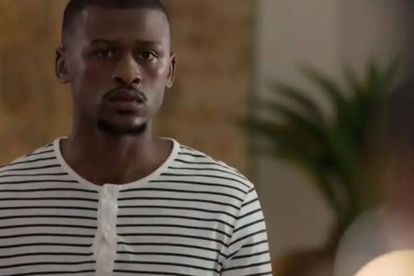 The Queen least favourite character Khumo Sebata will get killed by Brutus Khoza in March and Harriet and Hector will get back together.

Actor Molemo Tlali – who plays the character was written in December 2021 after viewers took to social media to complain about his acting skills.

The teaser for Monday 7 March reads:

“Olerato tries to get hold of Khumo in vain. Hector and Thando are shocked to find out Khumo is dead.”

The teaser for Tuesday 8 March reads:

Khumo has become a problem for the families this month since the families found out that he is Hector Sebata’s nephew.

The Khozas and Sebatas made a pact that they would stay out of each other’s way after Mpho Sebata passed away.

HARRIET AND HECTOR REKINDLE THEIR ROMANCE

Vuyiswa will find out that her husband – Hector Sebata cheated on her with Harriet and is cheating on her again with Harriet.

She will investigate Hector for Thato’s murder and all the other crimes he got away with.

“Vuyiswa has to accept that her husband has betrayed her with her mortal enemy.”

Fans of the show wanted Harriet and Hector to continue with their affair as they predicted the affair when Rapulana Seiphemo who plays the character of Hector joined the telenovela.

Viewers are more supportive of their relationship because they have more in common and find them more exciting.

Vuyiswa is more serious and boring … she also takes the law more seriously unlike her husband –Hector who is also a drug dealer.

Harriet is aware of Hector’s dark personality as he doesn’t hide who he is with her.

Both Hector and Harriet are ruthless, murderers and live by the gun.

ALSO READ: Molemo Tlali had no acting experience before joining ‘The Queen’