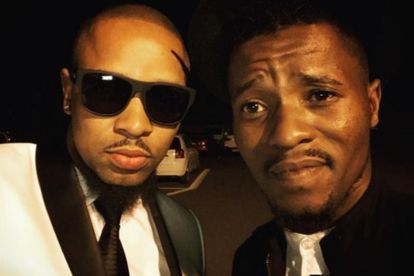 #TheQueenMzansi viewers are requesting fired actor, SK Khoza, who plays the role of Shaka Khoza, to be replaced by his younger brother, Abdul Khoza on Mzansi Magic’s The Queen.

The controversial actor has reportedly been fired from the telenovela for the second time following his alleged assault on his former fiancée, Mandy Hlongwane.

Fans believe SK’s younger brother, Abdul Khoza, will be a perfect replacement to play the role of Shaka Khoza, as he’s just as talented and looks like his older brother.

Mphela also revealed that writers and producers are scrambling to write Shaka Khoza out of the storyline because he was fired abruptly.

He also warned viewers to expect weird scenes to cover his absence on #TheQueenMzansi as his exit wasn’t planned.

Viewers prefer Abdul over SK as he’s the opposite of his brother as he’s professional on set, mature and a private family man.

Also read: ‘It’s a challenging character to play’: Abdul Khoza on his role in ‘The Wife’

Maps previously replaced SK Khoza on the show and played the role of his cousin and Themba Ndaba’s son, Dingaan Khoza in 2019.

Viewers were unhappy with Nay Maps as his replacement and started a petition for SK Khoza’s return which gained over 29 300 signatures.

The talented actor also stated that he’s shooting two other films that will be released next year (2022).