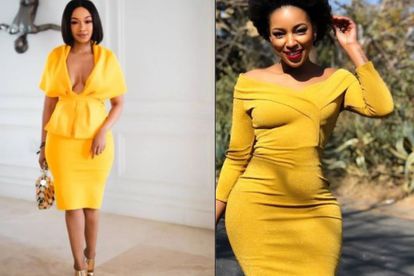 It’s been a year since actress and TV presenter Dineo Langa got fired from The Queen.

Langa who played the role of Keabetswe Khoza surprised her followers on Instagram in April 2020 when she stated that Ferguson Films fired her from the show.

She revealed that the production company will kill her character when a fan asked her when she’s coming back.

It was reported that the actress, was allegedly sent a letter by Ferguson Films informing her that she should not bother to report for duty after the lockdown.

Langa’s character had been with the show for four years (since season one) and was killed in July 2020.

It now appears as though the production company has replaced Langa’s character with former Lithapo actress Lorraine Moropa.

Dineo Langa currently plays the role of Mmakoena on The Estate.

ACTORS WHO EXITED ‘THE QUEEN’ THIS YEAR

Loyiso McDonald who’s been with the show since season one, has left The Queen this year.

Actor Xolani Mayekiso who played the role of Thato since season two, was killed in a tragic accident a few weeks ago.

The actor is currently shooting a movie called The Gang which will premiere in 2022.

Actress Ntando Duma who plays the role of Mpho Sebata, will be the latest character to get killed next week.

It is unclear if MacDonald’s character will also be killed like Thato, Mpho, and Kea Khoza.

Also read: ‘The Queen’: Ntando Duma’s acting skills as ‘disabled’ as her parking?