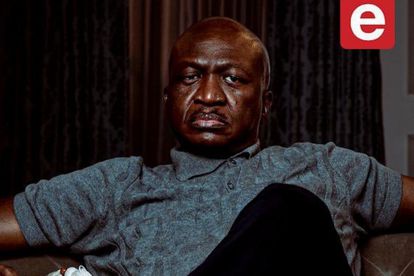 E.tv’s most-watched soapie Scandal! is bringing in a new family the Kubekas to the show and ending Quinton Nyathi’s (Brighton Ngoma) life tonight.

The Kubekas will make a shocking appearance on the show after the youngest Kubeka (Zenzele) crashes a waste management truck into the Nyathi Family Holdings (NFH) building.

Zenzele (Robert Mpisi) will manage to get away from the situation without being caught and will be punished by his ruthless father according to the teaser below.

The cast of the new family is led by veteran actor Fana Mokoena (Vukile Kubeka), and actress Silindile Nodangala who will play his wife Nomvula Kubeka.

Mokoena’s character Vukile Kubeka is a charming family man with a dark side while his wife is the opposite.

Their children will be played by Sihle Ndaba as Duduzile Kubeka, Robert Mpisi as Zenzele Kubeka and Melusi Mbele as Jojo Kubeka.

See the full cast below:

Actor Brighton Ngoma who played the role of Quinton Nyathi for 12 years has bid farewell to Scandal!.

The actor confirmed his exit this afternoon (3 September) in an interview with TshisaLIVE.

He will be killed by the new family (the Kubekas) who will crash into Dintle’s party tonight (3 September) at the NFH (Nyathi Family Holdings) building.

Ngoma told the publication that he is ready for a new chapter after he was part of the production for 12 years and playing Quinton Nyathi for a decade.

Having played the character for so long, it was only a matter of time before the journey came to its natural end. I see it as growth.

I can only hope that the fans are as moved as we were when we performed the storyline.

Death is sometimes the beginning of new, greater things.

His newfound love for Dintle is probably the biggest heartbreak as a result of his death,”

The actor also thanked his character for the journey, the lessons, and the life.