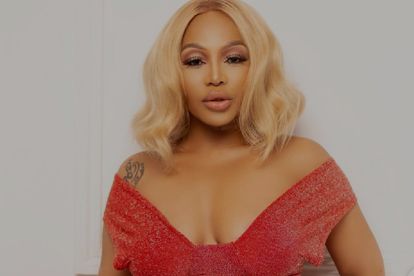 Tebogo Thobejane speaks about her new role on ‘Diep City’ and inspiring women. Image via @tebogocthobejane/Instagram

Tebogo Thobejane speaks about her new role on ‘Diep City’ and inspiring women. Image via @tebogocthobejane/Instagram

Tebogo Thobejane is a businesswoman, presenter and actress, and while a dark cloud of negative drama has been hanging over her head lately, she is all about inspiring other women. The former Muvhango actress is the latest addition to the 20:30 Mzansi Magic telenovela Diep City.

TEBOGO THOBEJANE SAYS SHE IS WINNING

Avid viewers of Black Brain-produced Diep City will now get to watch Tebogo Thobejane as she takes on the role of a nurse in the drama series. Speaking to TshisaLIVE about joining the show, Tebogo said that although the role is not a big one, people should expect more from her.

“It’s not a big role but it was something. I’ve been hustling as a child. I’m an inspiration, and people are yet to see more from me.”

The actress said for her it’s all about inspiring young women as she juggles acting, entrepreneurship and hosting a YouTube show called City Girls on MacG’s network.

“I’m acting on a TV series. I’ve been on Muvhango. I have two businesses that I’m running. I’ve just bought my own property. I’m winning,” she told the publication.

Last week Friday 25 March, Tebogo Thobejane was trending on social media for all the wrong reasons. The actress’ name was dragged through the mud by her former friend and Diamonds and Dolls star Inno Morolong.

Inno made damning claims about her ex-bestie “being with the president”. In a viral Instagram Live video, the reality TV star also claimed that Tebogo sleeps with multiple men, is a bad mother and is jealous of reality TV star and rapper Faith Nketsi.

Such claims, and many others in the past, have led to Tebogo being labelled and perceived as a “slay queen”.

Addressing the slay queen label she said, “People think girls like me, doors are always open for them. I think by now I should have a reality show, which I don’t. We try to represent girls who work and are pushing for business.”