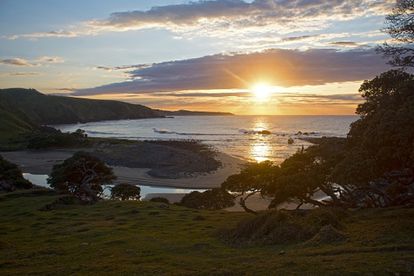 According to AlgoaFM, when restrictions around the COVID-19 pandemic meant that production had to be kept close to home, producers from Afrokaans Film & Television immediately turned to the Wild Coast as a location, with its lush jungles and desolate beaches a perfect fit for the show’s challenging requirements.

It is reported that the production saw producers employ 103 local people across all departments of the show, from carpenters to set builders, production assistants, camera and grips assistants, lifeguards and security personnel, as well as painters, drivers, and art department assistants. And post-production, a lot of the building materials for the different challenges were also donated to the local schools and communities.

This totals to a R10 million boost for the local economy.

“As the producers of Survivor South Africa, we would like to thank the people of the Eastern Cape for their wonderful contributions to the 8th season of the show,” said Survivor Creative Producer and Series Director, Leroux Botha. “It’s shaping up to be our best season yet, and the way the show looks feels, and showcases the region would not have been possible without the tenacity, dedication, and skill of the local people and the support of the ECDC.”

He also believes that this season is going to put the Wild Coast – and the Eastern Cape – on the global map for other Survivor territories to possibly use the area as a location.

Gqeberha-born marketing officer Thoriso M-Afrika, from Uitenhage, is set to represent the Eastern Cape in this season. Thorisa describes herself as, “The eternal optimist, fiercely loyal and a colourful character who lives in my own world”. She says, “I’ll stand out as an anomaly on the show because I wouldn’t be caught dead camping, am a creature of comfort, and would probably die if I ever did something like this alone.”

Survivor South Africa: Immunity Island is once more hosted by Nico Panagio. The series will premiere on M-Net (DStv Channel 101) on Thursday 3 June at 19:30.