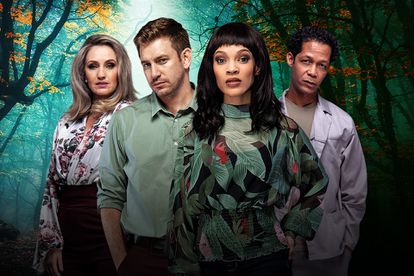 The new Spoorloos: Steynhof series, that is set to premiere on kykNET in July, promises to keep viewers glued to their screens and on the edge of their seats.

In Spoorloos: Steynhof, a baby disappears from a farm in the Northern Cape. Two people are found dead. There is no trace of the baby or her carer. What happened that fateful night? Who was murdered and by whom? And why was the baby abducted?

Fifteen years later her family gets the news: She was found.

Fifteen-year-old Adri Erasmus realises that there is no record of her birth. With the help of Xander, a highly intelligent school friend, she finds out that a baby disappeared fifteen years earlier. The main suspect in the abduction is the child carer Liena April as she also disappeared that same night. Looking for answers, Adri finds herself on a farm deep in the Northern Cape where she is welcomed with open arms but is soon becomes apparent that not everybody wants her to find out the truth.

This is the background of the third season of Spoorloos that starts in July on kykNET. The eight-part series follows the same thread as the previous seasons of Spoorloos, explains Ilse van Hemert, producer and script editor of the new series. Ilse’s Ochre Pictures, producers of all three of the Spoorloos seasons, was also responsible for the M-Net hit series Lioness.

“All the Spoorloos seasons have the same structure. It takes place on the platteland and a secret of the past is the reason for the drama happening now. In this season there is one small change in the fact that it is not a town where all the drama is taking place, but a farm, Steynhof.

“It is a story full of sadness, anguish and happiness,” says Ilse. “And it will again, like with the previous seasons, keep viewers guessing to the end as to who the villain is.”

Actor and director Christo Davids is the head writer and director of Spoorloos: Steynhof. Christo is known for his role as Eroll in 7de Laan, but the last couple of years he started making a name for himself as a director and playwright of award-winning stage productions such as Queenie-hulle.

The DNA of previous seasons

“This season has the same DNA as the previous seasons, but this time land, inheritance and birthright come to play. Sometimes people do the unthinkable to get what they believe is rightfully theirs. Like the saying goes: ‘Truth will set you free’. In this case, it is not true,” he says.

On This Day in South Africa: What happened on 21 January?

‘The housewives begged me not to be mean’: Q&A with Mel Viljoen

Sundowns to be without FIVE key players for Kaizer Chiefs clash