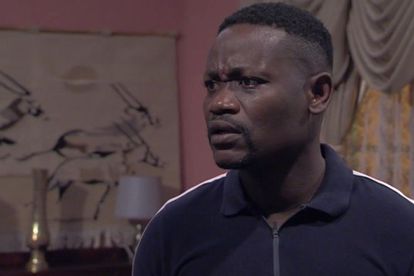 Skeem Saam’s favourite actor Clement Maosa, who plays the character of Kwaito Seakamela-Maputla will exit as an educator at Turfloop High and Marothi will bribe Alfred Magongwa with a huge gift.

Thobakgale doesn’t get along with him because he cheated on her daughter Elizabeth Thobakgale (Amanda Manku) with Glenda Mogotsi (Nozi Langa) in the previous season.

“The chickens come home to roost for a young teacher.”

This teaser implies that Kwaito might have been wrong about Thobakgale stealing the tablets and that he or someone (Marothi) might have found them. The actor Max Papo, who plays the villainous Marothi will return to the educational soapie this season and will make Alfred’s life difficult.

“Jacobeth is defeated when her plan to get a teacher axed falls flat.”

The Skeem Saam teasers also state that Kwaito will be forced to resign from Turflooop on Wednesday 28 September.

“Kwaito is forced to bid farewell to Turf High.”

The Turfloop learners will be devastated when Kwaito leaves as he was one of their favouite teachers and an inspiration to them. The teasers also reveal that one of his learners Mosebjadi has a crush on him and that she’ll be saddened by his departure from the school.

“Mosebjadi is bummed that her crush is leaving Turf High”.

The learners first met Kwaito as an English writing tutor when the school had a writing competition last season.

They look up to him because he’s an established writer and a qualified engineer too. His departure from the school might also be caused by the fact that he’s not a qualified teacher like his sister Sthoko Seakamela.

ALFRED MAGONGWA IS THE NEW PRINCIPAL?

HUGE SPOILER ALERT: THE TEASERS INDICATE THAT ALFRED MAGONGWA WILL BE ANNOUNCED AS THE NEW PRINCIPAL AT TURFLOOP HIGH!

“Alfred has found another mountain to climb and it’s in the staff room.”

“Alfred lets his intentions be known to his colleagues at Turf High.”