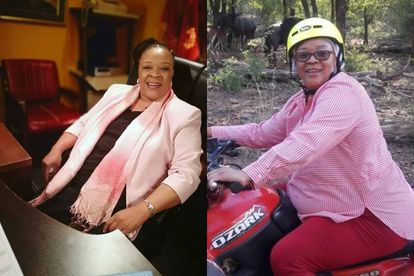 She joined the soapie in season two and has undoubtedly become one of Mzansi’s most likable actors in the SABC1 educational soapie.

WHAT WE KNOW ABOUT ELIZABETH SERUNYE

The former Rhythm and Skeem Saam actress Elizabeth Serunye was born on 12 March 1971 in Limpopo province according to Safrolebs.

She began her singing career in her high school choir but decided to pursue acting after matric.

HER ACTING BREAK AND OTHER ROLES BEFORE ‘SKEEM SAAM‘

Serunye scored a small role in a Sesotho drama series Dinnete Tsa Bophelo at 23 years and her big break eventually came in the mid-2000s with roles in a number of television dramas such as Soul City, Home Affairs, and Mzee Wa Two Six.

According to TVSA Serunye scored the role of Rose in e.tv’s canned soapie Rhythm City before joining Skeem Saam in season two.

Principal Thobakgale will be replaced after being the headmaster at Turfloop High for a decade according to the TVSA August teasers.

Her challenges at Turfloop High are far from over as teachers at the school, learners, parents, as well as Vice Principal Magongwa all, want her gone from the school.

Her hearing began on Friday and only time will tell whether her enemies will succeed in getting rid of her or whether Magongwa or Evelyn will replace her.

Arthur Zwane protects under pressure Ashley du Preez: ‘He is a big boy’