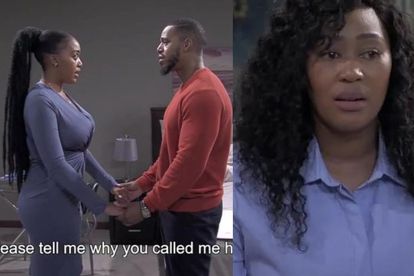 Skeem Saam’s fan-favourite couple Lehasa and Pretty have two hurdles to get through before they can live happily-ever-after… Khwezi and the Seakamelas.

Khwezi is a bigger hurdle than the Seakamelas because she might end Pretty’s (Lerato Marabe) life when she finds out Lehasa is cheating on her.

Skeem Saam viewers can’t wait for Khwezi (Samukele Mkhize) to disappear so that Lehasa (Cedric Fourie) and Pretty could stay together forever.

The fan-favourite couple spend a night together last night (13 June) in a hotel after Lehasa lied to his fiancee Khwezi about having a business meeting in Limpopo and after Pretty ditched her date for him.

PreHasa is everyone’s favourite couple because they have a better connection than KhweHasa and because Khwezi is a villain like her fiance.

Lehasa surprised his uncle and audiences last week when he revealed that the only reason he popped the question was to keep Khwezi quiet over murdering her friend.

He also admitted he still has feelings for his ex-girlfriend and doesn’t know if marrying his fiancée is the right move.

Khwezi has shown numerous times that she’s just as dangerous as Lehasa and that she’s capable of murder.

She kidnapped Pretty last year when she found out that she terminated Lehasa’s baby and threatened to kill her if she shares the incident with the police.

The TVSA June teasers reveal that she will lose her mind when she learns the truth and that she will catch them red-handed at a hotel.

“Khwezikazi overhears a conversation that threatens to ruin her looming marriage.”

“Pretty’s affair with Lehasa escalates to a new level. Something is wrong with Khwezikazi.”

“Pretty and Lehasa’s recreation of a steamy love affair is disrupted by another woman.”

Lehasa has proven that he loves Pretty more than Khwezi because she reminds him of his late wife and will protect her from his crazy fiancee should she attempt to harm her again.