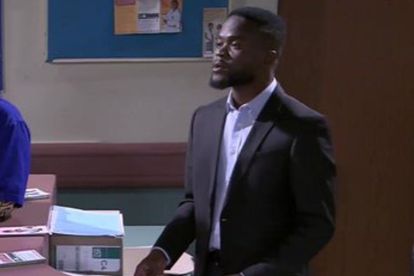 Actor Arthur Masoma says he was happy when he received a call from Skeem Saam weeks after auditioning for the role of Phuthi Lebogo on the SABC1 soapie as he can relate to the character.

The actor Arthur Masoma says he’s always known he wanted to be an actor even before landing the role of Phuthi Lebogo in the educational soapie.

He tells TshisaLIVE that he wanted to show aspiring thespians from deep rural areas that their dreams of being on TV are valid.

“I heard about auditions for the character of Phuthi Lebogo and I went to the auditions at Sesani Studios. Weeks later I was told I got the role.”

He tells the publication that he studied media, communications, and performing arts at the University of Limpopo and got his degree in media studies.

“After that, I enrolled for my Honours degree in media studies and also studied Intensive English at the University of Notre Dame in the US.”

“I directed the first feature film at the University of Limpopo and also a documentary in Cape Town. I always wanted to act even though I was told I was better at directing by my film lecturer. I loved being in front of the camera and unleashing my God-given talent.”

Masoma reveals that his character Phuthi is a hardworking young adult who is always willing to extend himself beyond expectation.

“He is a cleaner at Turfloop Hospital and over the course of Meiki Maputla’s community service at the hospital, Celia’s receptionist post becomes available and Meiki encourages Phuthi to apply. I prepared well for the role as I can relate to Phuthi’s personality traits.”

The actor adds that Phuthi’s middle name is Success so audiences can expect more from him.

The Limpopo-born actor says joining Skeem Saam means a lot to him and he appreciates the opportunity as it’s a big production.

“I received calls from friends in Botswana who never miss an episode. I am humbled and excited to showcase my talent on this big platform.”

“The cast is amazing, loving, welcoming, and caring. It feels like a home away from home and acting alongside the veteran Harriet Manamela, who plays Meiki, is amazing.”

Kaizer Chiefs: What time is the Macufe Cup match on Sunday?

Jagersfontein dam burst: Victim to be laid to rest on Saturday

Daily devotion: Your bible verse and prayer for 24 September 2022