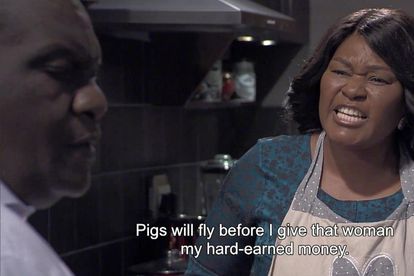 It seems Meikie’s (Harriet Manamela) well-master-minded plan to escape prison is not working out for her.

She convinced her son, Leeto to hire her doppelganger to replace her in prison so that she doesn’t have to serve time.

Their plan was exposed by her daughter-in-law, Mapitsi (Mogau Motlhatswi) who informed her husband of her plans.

Fans are applauding the educational soapie for raising awareness against job scams with its ‘Transnet scamming’ storyline.