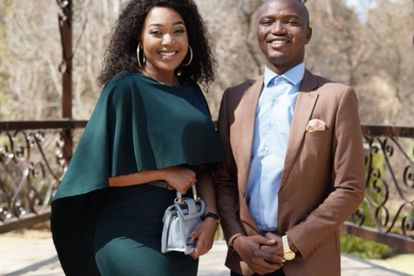 Pretty will confirm her pregnancy by taking a pregnancy test this Friday (3 September) according to TVSA’s September teasers.

The doctor will also confirm her pregnancy and she won’t be able to contact Lehasa (Cedric Fourie) right away as he’s in a relationship with Glenda’s life coach Nothile.

We know that Lehasa has wanted a baby for a long-time as he froze his late wife’s eggs when she was diagnosed with cancer.

His ex-girlfriend Lelo Mthiyane (Amanda du Pont) destroyed her eggs out of rage because she wanted to conceive a baby with Lehasa and not carry his wife’s.

The TVSA teasers reveal that Pretty will finally contact Lehasa on Wednesday (22 September) and he will deny being her baby daddy.

Viewers will see the Maphosas finally contacting her towards the end of September which might make her change her mind about the baby.

Lehasa will fall hard for Nothile (Mbalenhle Mavimbela) and even meet her family who will reject him.

The pair will even attempt to elope but have a fallout when it turns out Tlotliso (Christmas Mokone) is married.

Another truck barely makes it below a bridge