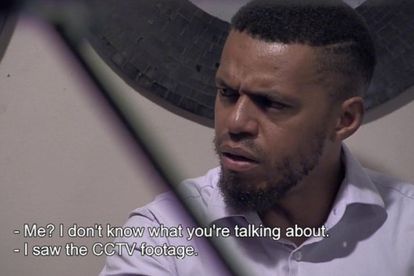 Eunice (Oratile Maitisa) found incriminating evidence against her boss, Lehasa and shared it with Pretty and Emkay.

This evidence will land Lehasa in trouble with the law and will destroy his businesses and reputation he’s worked hard for.

TIME IS UP FOR LEHASA

Lehasa killed Fanie (Gift Mokhampanyane) who was dating Eunice at the time of his death.

He killed Fanie in the hospital after he threatened to reveal his family’s secrets with the world.

Detective Peterson (Mortimer Williams) suspected that Fanie was killed by Lehasa but couldn’t find any evidence on his laptop.

He sent his spy and employee, Kgosi( Katlego Letsholonyana) to steal his laptop and destroy all the evidence at the police station.

EUNICE WANTS TO DESTROY HIM

Eunice is convinced that Lehasa killed Fanie because of the evidence she found in her bedroom last week.

Lehasa disappointed Pretty (Lerato Marabe) and broke her heart when he rejected their baby.