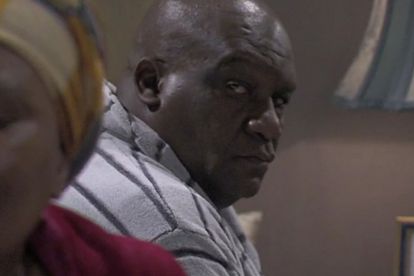 John has fallen out of love with Meikie, wants her to pay for her sins and serve time in prison.

He is choosing his newfound son, Kwaito (Clement Maosa) over his wife because he secretly hates her.

JOHN’S AFFAIRS AND HIS LOYALTY

John (Africa Tsoai) will not wait for Meikie (Harriet Manamela) if she gets sentenced to prison because he is selfish.

He’s cheated on Meikie before and will move on with someone else and file for divorce once she gets sentenced.

John is still an honourable man in Turfloop and does not want to get into trouble with the law by lying for Meikie under oath.

He hinted that he still loves Mantuli (Dieketseng Mnisi) in previous episodes and wants to be with her.

Also read:Three ‘Skeem Saam’ characters who are similar to ‘DiepCity’s’

Meikie’s son, Leeto is the only person supporting her because he doesn’t respect John anymore.

He wants his mother to file for divorce because he feels like she deserves better than John.

Leeto (Eric Macheru) has also disconnected from John since he found out that he is not his biological father.

Leeto wants to save his mother from John and wants her to move on with her life.